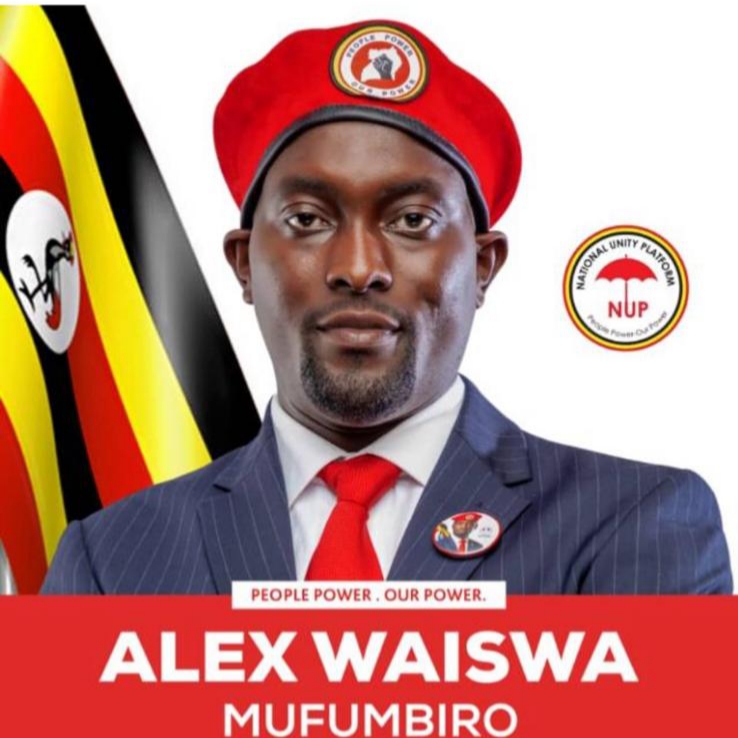 The name Alex Waiswa Mufumbiro is one of the most outstanding in the political discussions that rock all Busoga radio airwaves. Waiswa is a youthful influential aide of the NUP/PP principal, Robert Kyagulanyi Ssentamu alias Bobi Wine. He is currently the left stumbling block to the continued reign of NRM’s Moses Balyeku Grace whom he is set to unseat in the looming Jinja West polls. Sources say, Balyeku has in the past days sweat plasma following his failed attempts to manipulate the NUP strongman out of the poll. All his unrelenting missions to send agents to convince Waiswa out of the polls have all failed.

SEE ALSO: DOCUMENTARY: Makindye where military ruled a ‘no go’ for NUP

The former Uganda Christian University (UCU 2007) guild president has beat all odds to dominate the Busoga political debates due to his strategic ambitions and closeness to the opposition forces since his youthful days. He is renowned for preaching and instilling the principles of patriotism amongst not just Busoga youths but also the rest of Ugandans in his weekly online debuts.

In 2017 at the climax of the age limit debate, Alex Waiswa who by then was a prominent city lawyer and the Deputy Publicity Secretary to the Democratic Party petitioned parliament in a bid to challenge Kadaga’s decision to suspend about 20 opposition MPs. Waiswa sought an immediate court injunction restraining the suspension orders. This move alone won him the trust and gained him traction from opposition loyalists. “The forceful eviction of Hon. Ssemujju Nganda, Hon. Mathias Mpuuga, Hon. Peter Okot, and Gerald Karuhanga who had not been suspended was against the parliamentary rules of procedure,” Waiswa stated in his petition.

Being a young man in the age circles of NUP presidential candidate, Robert Kyagulanyi Ssentamu, Waiswa found it prudent and justifiable to rally behind a person he’d closely identify with. In fact, since the inception of the People Power movement before it morphed into the National Unity Platform party, Waiswa has been a pronounced mobilizer and a disaster to the NRM in Busoga to the point that even the speaker, Kadaga deployed agents to manipulate him though it didn’t yield.

Apparently, several media surveys and polls put him in a far lead of about 65% compared to the incumbent Balyeku’s 25%. Busoga youths stress that they’ve had enough of Balyeku and are now ready to move on with Waiswa who is of their own generation. “Waiswa has fought battles. He has rescued and helped several youths in Jinja town. From Kazimingi to Budondo and even different parts of Busoga, Waiswa is trending,” confesses one of the youths who identifies himself as Isabirye. Waiswa is also credited for granting the NUP a landslide 78% victory in the concluded youth elections where the new party swept almost every village in Busoga. Today he is set to be hosted on Jinja based NBS radio (89.4 FM) where he will again preach his routine patriotism to the masses.