JUST IN: Rukutana grabs gun from bodyguard, attempts to shoot at trolls 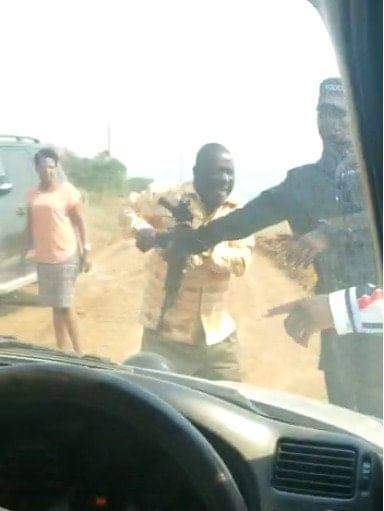 Reliable sources say he has just grabbed a gun from his bodyguard and attempted to shoot at people who were mocking him for losing in the NRM primaries. He is said to have lost his cool and fired shots at a Rav 4 model vehicle belonging to one of his opponents known as Dan Rwabungyiyi. Rukutana has vowed to shoot at anybody who makes fun of his loss.

Details are still scanty and more is to follow.