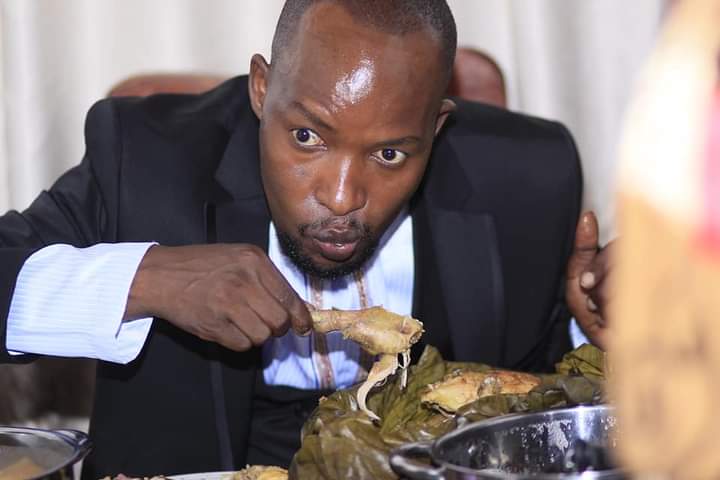 Luzzi had been bragging about how the NRM flag was an assurance. The ill mannered reprobate would even go ahead to belittle not only NUP/PP supporters in Mityana but also people of his very own party. Sources say, Luzzi was banking on both local support from one of the tycoons in Mityana and also lobbying for attention from the first son, Gen. Muhoozi Kainerugaba whom he sought from huge sums of money to boost his trail. Mityana locals however had been advising him to at least polish his morals and pose as a leader though all this fell on a deaf ear.

In one of the prominent Mityana online platforms dubbed ‘Mityana Debating Union’, Luzzi would come out and start texting insensitive messages about the incumbent Zaake Francis. Luzzi came to prominence when he openly celebrated the brutal arrest and attempted murder of MP Zaake when he was recently charged with flouting covid guidelines. Luzzi’s insensitivity crossed the line when he at one point declared Zaake dead! This message stuck on the memories of both the NRM and opposition supporters who waited to avenge on the ballot.

Luzzi, who is also known for cruising Porsche rides he hires from Kampala car bonds turned up for the primaries donned in his usual yellow outfit and in high spirits, anticipating victory. To his surprise, only a handful of people queued up to vote for him. “It all seemed like people had all along waited for Friday to put Luzzi in his place,” says one of the NRM supporters. “The way we hate this gentleman is visible. He is so arrogant to the bone,” he adds.

Luzzi trolled with 27.72% of the total vote while the victor, Bugembe John Mary Kamya scooped 72.28% of the total cast vote. Up to now, Luzzi is nowhere to be seen and his known phone contacts remain off. Reliable sources say he is seeking solace in some lodge around Busega in Kampala with one of his concubines. His political career is already dead on arrival with voters asking home to stick to gambling and betting which he best understands.