Museveni orders for reinforcements to boost the 2021 polls 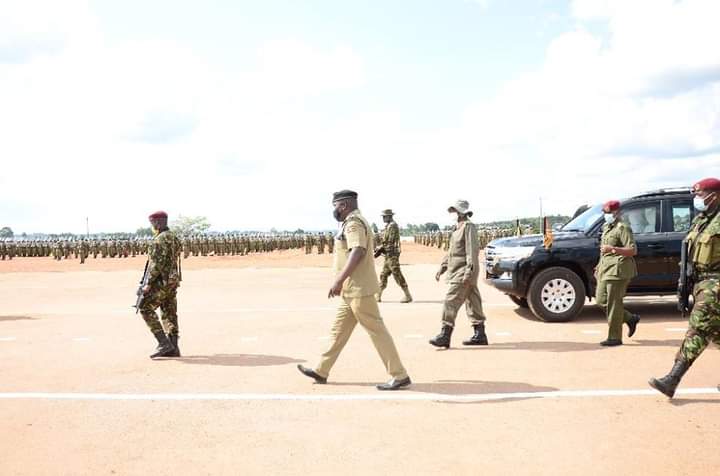 Following the pockets of violence that marred the concluded NRM party primaries where at least 5 known people were left dead, president Yoweri Kaguta Museveni who doubles as the Commander in chief has directed the UPDF and Uganda police to deploy at least 15,000 personnel to man the looming polls. A suspicious insecure Museveni who accuses the opposition of receiving external assistance anticipates doom in the coming elections which is why he is retaliating with banking in his military ware.

In a letter copied to the Inspector General of Police (IGP) and the Chief of Defence Forces (CDF) dated September, 3, the president directed the duo to join forces and ensure a peaceful free and fair polls in 2021. Sources privy to the development intimate that Museveni expressed fear of what transpired in the primaries where people of the same party attacked each other with machetes in rural areas of the Eastern districts of Butaleja and Tororo. Also what rocked the Ankole districts of Bushenyi and Sheema scared him. In Ntungamo, one of the aspirants jumped on the lead car of the first lady, Janet Kataaha Museveni in protest of rigging.

“Owing to the opportunists that are creating tension among our people during the NRM party primaries and the subsequent elections I suggest that the 1,500 sub counties of Uganda as the policing zones per area are more manageable than the present inflated number,” reads an excerpt of Museveni’s letter to the CDF and IGP.

Museveni also directed that at least 10 well armed police officers be deployed at each of the marked policing zones and are to be deployed 24-7.

“I don’t want to hear any opportunists intimidating, beating, etc any Ugandan without the action by the policemen. Anybody attacking the wanainchi (citizens) must be arrested and there must be no police bond. They should all wait for court to decide,” Museveni fumes in the letter which perhaps explains why he’s locked up his man, Mwesigwa Rukutana who misused a gun on Saturday morning.