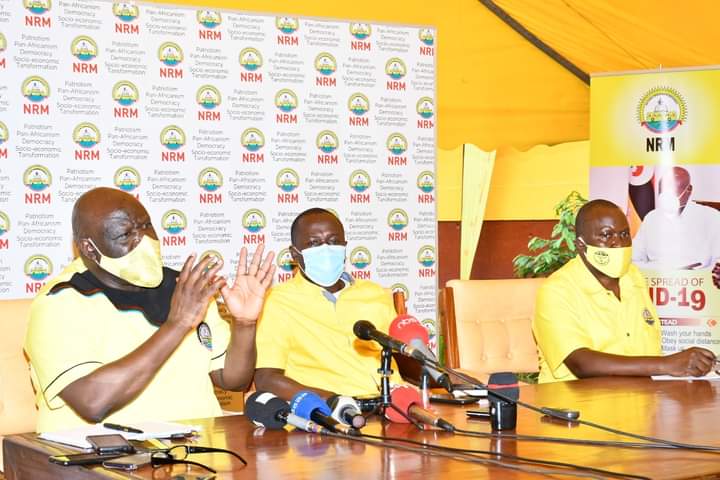 The National Resistance Movement party secretariat has issued a statement regarding the concluded primaries in which it attributes losses of its bigwigs on the opposition National Unity Platform party.

According to the party spokesperson, Rogers Mulindwa, he says as the secretariat, they have sensed foul play in the losses of prominent party members. “There are cases of collusion where opposition members of the NUP turned up to vote in the NRM party primaries,” Mulindwa notes. “The wanted the party to front weaker candidates whom they can defeat in the overall elections,” he adds.

He however warns that as the party they will be compelled to make by elections in areas where the opposition legitimately involved in the primaries to rid the party of its prominent members. “Where we find out that there was foul play, we shall cancel the results and go for a re-run,” he said.

The state Minister for microfinance and investment, Evelyn Anite who lost the Koboko election primaries accused the opposition of participating to grant a smooth victory to her opponent, Dr. Charles Ayume. She even claims that her team unearthed about 300 people who were allegedly ferried to vote for her rival.

SEE ALSO: Museveni orders for reinforcements to boost the 2021 polls

In his consolation statement, Hon. James Kakooza blames all the NRM chaos squarely on the party chairman, Yoweri Museveni who directed that people who are eligible to vote are to be fixed into the register even on the eve of the polling which he says granted an opportunity to opposition members to penetrate the NRM register and vote for ‘weaker’ candidates.