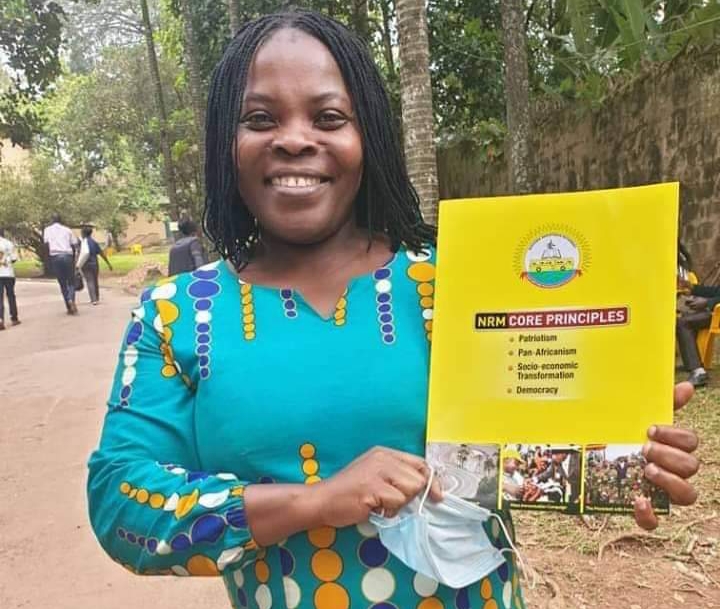 Renowned senior political reporter at Serena based Nation Television(NTV), Agnes Nandutu is one of the veteran journalists that had sought to elevate their status to the next legislative assembly come 2021.

The moderator and speaker at NTV’s People’s Parliament sought to make her dream a reality when she a month back expressed interests in vying for the Buduuda district woman MP position under the ruling NRM party ticket. It is not quite clear why of all parties Nanduttu chose to contest under NRM regardless of the fact that this incumbent regime has for a while tormented and taunted journalists of her own career. Despite all this, a determined Nanduttu touched down her heels, folded her trousers to tussle it out with the incumbent Justine Khainza. In the hot contest, Nanduttu strived her way to the bottomline and led from descending order as per the results read by the returning officer.

ALSO READ: Museveni orders for reinforcements to boost the 2021 polls

Now that Nandutu has been trounced in the NRM primaries, it remains unclear if she is to stick back to her journalism profession or return for phase two as an independent candidate. The veteran journalist is the voice behind the ‘Point blank’ commentary which features every Friday in the NTV English news bulletin. She formerly served as the president of the Parliamentary Journalists Association from 2011 to 2016 before the speaker, Kadaga ruled out non-degree holders from covering parliament affairs. In the process, Nandutu and Chris Obore were eventually kicked out and urged to upgrade to the degree in journalism and mass communication if they still wanted to cover parliament.