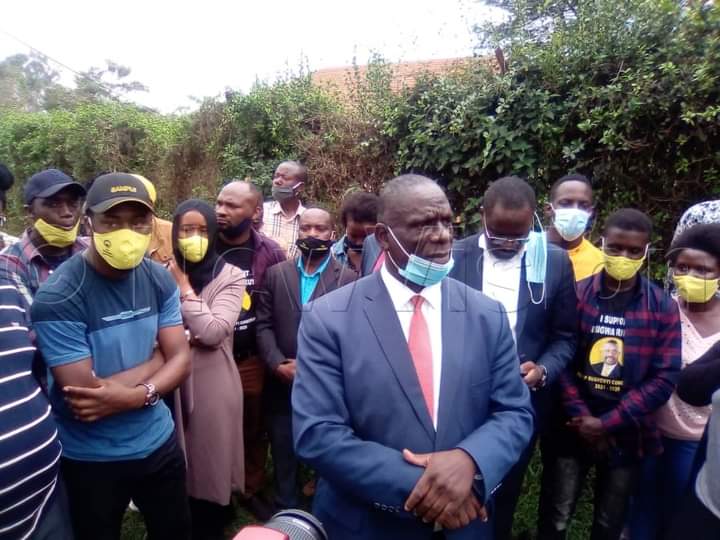 Among some of the charges pressed on the former custodian of law includes; attempted murder, malicious damage and theft of a gun. His three bodyguards have also charged with attempted murder and their file is before the DPP for legal advise and to be used as exhibit. Rukutana arrived at the Grade one Magistrates Court in Ntungamo amidst tight security after his supporters turned rowdy with placards.

During the trial, the magistrate only mentioned his charges before he took plea before the case was referred to a higher court.

Police was forced to use teargas to disperse the rowdy Rukutana supporters who were shouting. Some of the protesters accused the Ntungamo district NRM chairperson, Janet Kataaha Museveni of masterminding the fall of their strongman. Some alleged that Janet connived with one of her relatives, a one Justus to provoke the Minister into doing the act that was captured on the footage.

Rukutana’s supporters have already given the NRM party chairman, Yoweri Museveni to either intervene or they’ll be compelled to join Robert Kyagulanyi alias Bobi Wine in the National Unity Platform party. “We give Mr. Museveni strictly one week to intervene or we are joining Bobi Wine,” warned one of the protesters.