Simeo Nsubuga: I am returning as independent 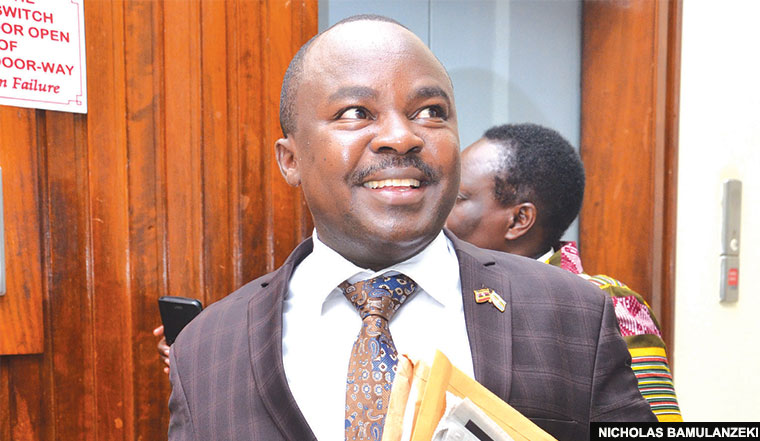 Incumbent Kassanda south legislator and age limit proponent, Simeo Nsubuga has disputed the concluded NRM primaries saying they were rigged in favour of his opponent, Michael Muhumuza. According to Simeo, his opponent Muhumuza connived with Asian business magnate and land grabber Abid Alam to defeat him in the polls.

Speaking at a press address he hosted at his Kassanda residence, Simoe vowed not to relent as he would return as an independent candidate. “I put my life at stake for the NRM party. You all saw what I went through during togikwatako,” Nsubuga opened up. “I have been the power point of the NRM. My exit will affect the NRM as a party,” he adds.

Ever since veteran journalist, ‘Kyuma kya Yesu’ strangled Simeo Nsubuga, life has not been the same for the troubled legislator. He has been politically struggling to suit in the context of Kassanda politics where his role in propelling Museveni’s life presidency politically cost him another term. Nsubuga garnered only 11,011 votes while his opponent Michale Muhumuza defeated him with a narrow margin with 11,173 votes.

Simeo claims he is being fought by some Mafias in governemnet and it is on those grounds that he seeks to return as an independent candidate and handle them smartly in the general election. The age limit crusader says with all he staked for Museveni’s life presidency, he cannot be left out of the cake sharing in 2021.