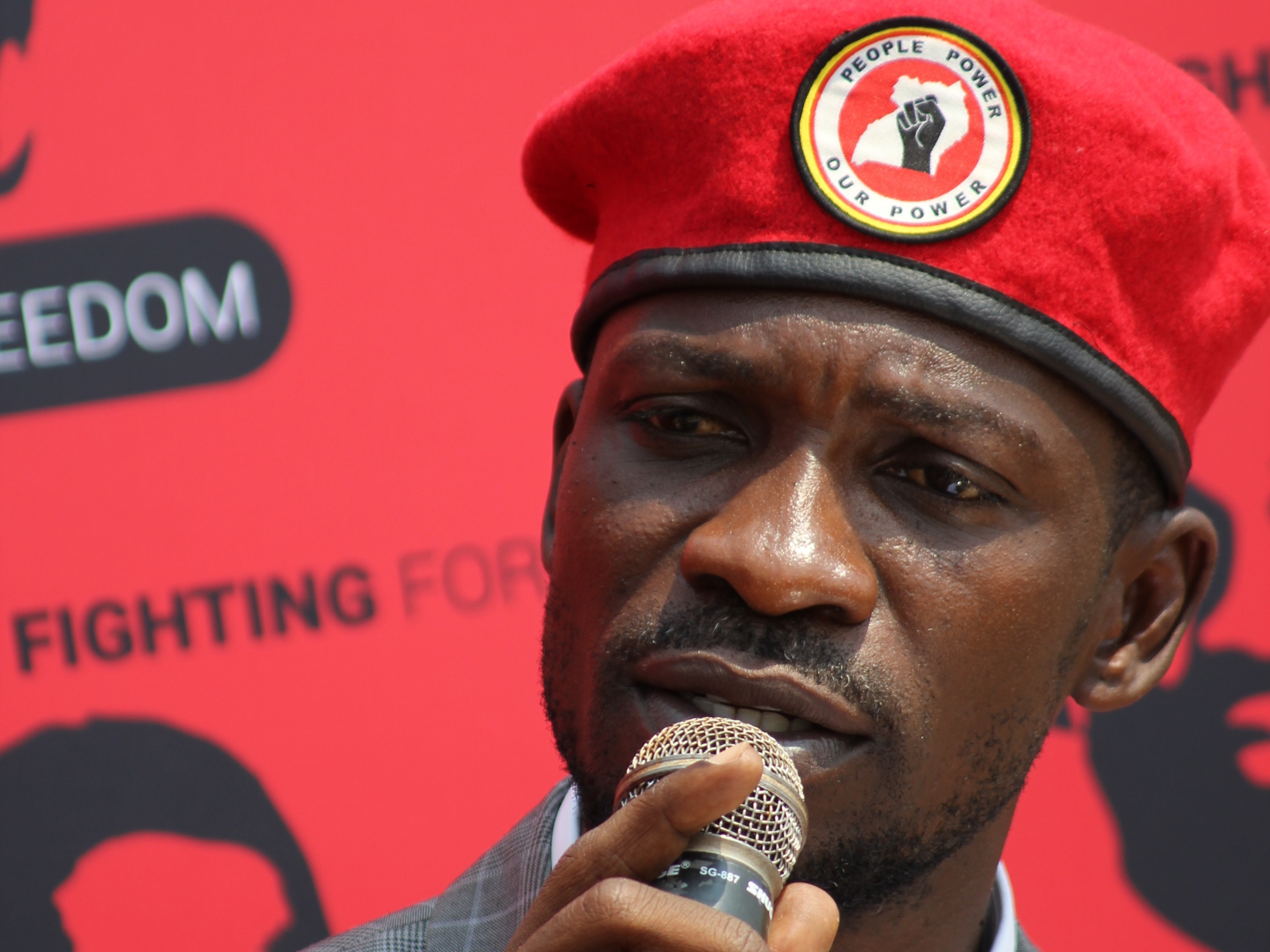 Earlier, Andrew Mukasa alias Bajjo has been lambasting the principal’s brother and Kampala central MP hopeful, Fred Nyanzi Ssentamu of extorting shs 23m from him to reward him the flag for his Mayoral race in Nakawa. Bobi Wine says this is all false and contemptuous propaganda peddled by detractors.

The NUP is apparently caught up in a string of crises leaving analysts wondering how the party will iron out issues where more than one credible candidate are bidding for a sole constituency for instance in Rubaga North and South.

SEE ALSO: Bobi has no time for fools like Bajjo-Tamale Mirundi Jr

Addressing this matter at today’s presser, the party mouthpiece Joel Ssenyonyi says they have already dispatched teams of investigators to go on ground and make assessments. “They will do pilot surveys, interrogate voters and find out which candidates are on ground,” Joel remarked. “We shall follow what the people will decide,” he adds.

The party also dismissed social media reports that some candidates are already qualified for the flags. Bobi Wine strongly emphasised that all cards are to be rewarded squarely on merit and not patronage. “Some members say they are being extorted. I hereby emphasize that there is no flag issued at cash,” he said.

Regarding claims that NUP infiltrated the concluded NRM primaries, Ssenyonyi laughed this off and disregarded it as petty talk. “They said NUP is only operating in Kampala, so you mean it’s in Koboko, Sheema, Mbarara, etc,” he asked. “We didn’t deploy any NUP member to take part in the NRM primaries. We are too busy with our party activities,” he remarked.

Regarding Bobi’s candidature, the NUP revealed that it is already looking for signatures countrywide to get seconders of Robert Kyagulanyi Ssentamu’s presidency.