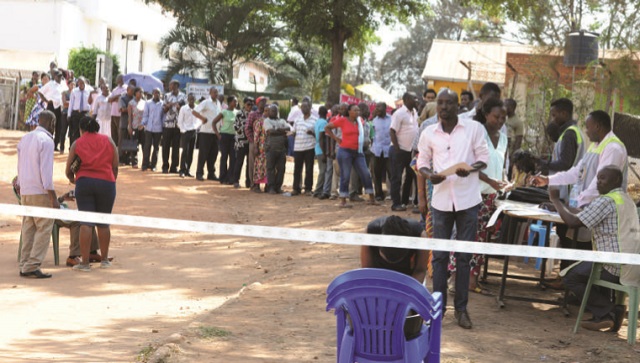 The development comes after the Nakifuma County MP aspirant Jackson Ntwatwa (NRM), sued the party chairman to court, saying he is responsible for the irregularities that marred the party primaries on September.

In a suit filed before the Court in Kampala on Monday, Mr Ntwatwa, who lost the party primaries, stressed that Museveni’s directive that allowed unregistered party members to vote was the source of all the chaos in the primaries.

He added that the party chairman’s decision was a contravention of the NRM constitution.

“A declaration that the directive of the 1st respondent (President Museveni) to allow all persons with a national ID to vote in the party primaries even if not a registered member, was illegal contrary to the constitution of the National Resistance Movement,” Mr Ntwatwa stressed.

Mr Ntwatwa also said the decision to change the polling date from September 10 to September 4 without informing all candidates and voters was contrary to the final roadmap issued.

“Due to violence, my agents were assaulted, caned and disappeared from the polling stations and the crooks took advantage of disorganising the entire election in absence of my agents save for a polling station (Kalagi) where I voted from,” Mr Ntwatwa said.