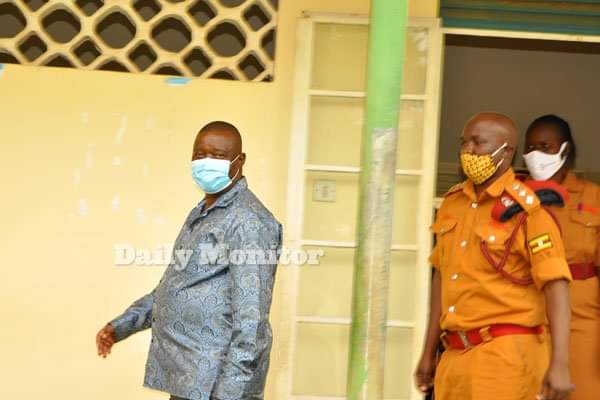 The Chief Magistrates court in Ntungamo has remanded State Minister for Labour, Mwesigwa Rukutana to prison till the 15th of September 2020.

Court contends that Minister acted unlawfully when he used a firearm and attempted to shoot at people in public. In the judge’s statement, Rukutana was asked to take plea though he denied the charges pressed on him. The Minister maintains that he did not at any point use the fire arm and even asked court to adduce evidence from the retrieved rifle.

His lawyers have however decried the decision to conceal his destiny as they remain uncertain about where their client is to be detained as prisons warders say the do not know where he is being transferred to. “We have asked if he is being transferred to Kakiika prison in Mbarara but in vain. Prisons authorities say they do not know where the Minister is being driven to but have pledged to tip us in case they get to know,” says one of Rukutana’s lawyers. “Our client needs medical attention and we are not told where he is being taken. This is not fair at all,” he added.

The Minister’s arrest follows Museveni’s bitter condemnation of his use of the rifle in public. Museveni bitterly directed the IGP to arrest and have the errant Minister prosecuted without a bond or court bail. In a democratic system, Rukutana would be stripped of all his ministerial duties unlike in Uganda where he can be prosecuted as a serving public servant.