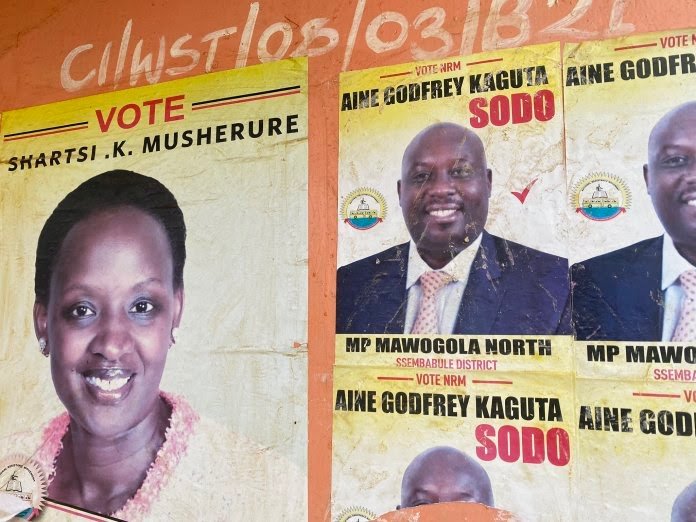 According to trusted sources, Museveni had invited Foreign affairs minister who doubles as the Ssembabule NRM chairman, Sam Kahamba Kuteesa with his daughter Shartis Kuteesa, and his young brother Aine Kaguta Sodo to discuss how they can iron out their differences ahead of the primaries for Mawogola North county. Reliable reports further indicate that Kuteesa’s daughter declined to withdraw and strongly contested the proposal leaving Museveni in total dismay. Museveni wanted to entice the young lady to step down for his brother, a thing that Shartis strongly repelled. “I want a free and fair poll. Let’s go to the ballot and see who will win the flag,” Shartis retorted. “If Sodo is very strong, why are they asking me to step down for him,” she added.

President Museveni remains puzzled over whom he should back in this constituency because supporting Sodo Aine would compel Gen. Muhoozi Kainerugaba to rally behind his inlaw, Shartis.

Now in fresh arrangements, Museveni has decided to travel to Ssembabule on Friday of this week to meet Kuteesa’s daughter and engage her in more talks. In a brief statement from the Office of the RDC of Ssembabule, Museveni has declared his visit slated for Friday as he seeks to have first hand information about the row between Aine and Shartis.