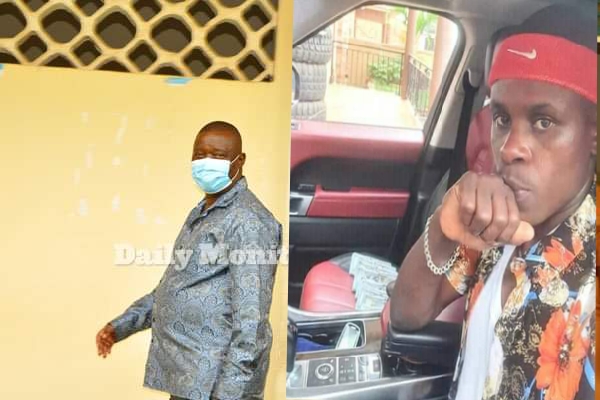 As the NRM government hits its final moments of wielding power, the supreme leader Gen. Yoweri Kaguta Museveni appears to be determined to rid himself of the old guard and replace it with the young blood that could stand in for the Muhoozi project. Our reporter assesses and juxtaposes related crimes committed by Museveni’s right hand men; Mwesigwa Rukutana and Sipapa.

Both Mwesigwa Rukutana (State Minister for labour) and Sipapa (regime mercenary) used a rifle in public but the difference is that the former did not release a single bullet while the latter sprayed shots at the Kamwokya based premises of the NUP. Perhaps Museveni is mad at Rukutana for attempting to fire at his endeared inlaws since Ntungamo is the homestead of the first lady, Janet Kataaha. On the other hand, Sipapa was somehow ‘right’ since he was spraying bullets at the dissent NUP supporters who are apparently threatening Museveni’s life presidency.

In his post-NRM primaries remarks three days back, Museveni vowed to wage war on impunity within the ruling party members. “… We had a Minister who beat people and was seen with guns. He in jail now. The game is finished..,” Museveni remarked while reacting on Rukutana’s case. We wonder if Museveni’s approach on impunity is still selective to the point that it can go for a Minister and spare a crook!

Museveni turns a blind eye and a deaf ear to Sipapa’s raid on Kamwokya which actually happened weeks prior to Minister Rukutana’s. Although Minister Rukutana is under trial, Sipapa remains at large with no hopes of having him prosecuted for misusing a firearm in public. His victims; Nyombi Muzafaru and Elizabeth Namagembe are yet to surrender their pursuit for justice. They stress that the authorities look to be disinterested in trying Museveni’s right hand man. Fred Nyanzi, the elder brother to Bobi Wine told the press that he will find time and mobilize the victims for a march to Kiira road police station. “We are going to mobilize ourselves, all these people who were affected that day to pinch a demonstration at Kiira road police station, we demand police to arrest Sipapa and charge him,” Nyanzi said.

If Museveni can sacrifice a full powerful Minister like Mwesigwa Rukutana, will he do the same with a crook (Sipapa) he adopted from the streets of Kampala? We leave that for the public to judge.