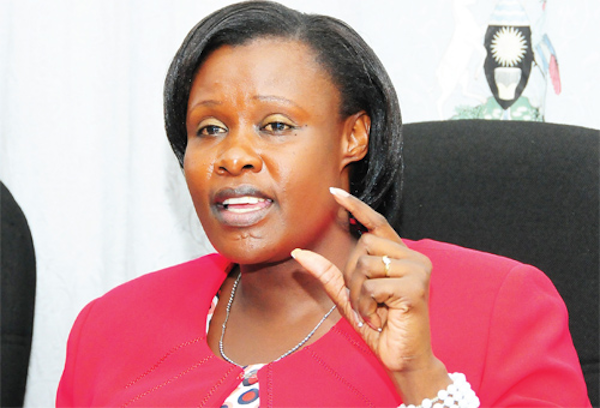 As the NRM party primaries continue to face widespread criticism over the manner in which they were conducted, our snoops have been tipped of the Katakwi controversy implication ex Education Minister, Jessica Alupo who influenced the district returning officer to prematurely declare her the winner.

Imeri controversially pronounced Alupo to have emerged the winner beating the incumbent Violet Akurut with 38,582 against 29,435.

Katakwi is apparently one of the hotspots of election malpractice. The results themselves do not correspond with the number of registered voters. The incumbent candidate has vowed to protest the results after citing cases of malpractices including; alteration of results on the declaration forms, and voter bribery.

The NRM registrar, Imeri could face up to 7years in jail for exhibiting high levels of unprofessionalism and bias where he allegedly took side to favour Maj (Rtd) Jessica Alupo.

Whereas results from Akurut’s stronghold (Okore Sub County) were excluded by the NRM registrar, he accepted exaggerated results from Okulonyo sub county where Alupo had won. For example; In Okulonyo Sub County in Usuk County, Alupo was announced to have garnered a total of 16,466 votes, yet the entire total number of voters in Usuk County was 14,083. Also, in some villages where the entire population is less than 200 people, Alupo is said to have collected over 2,000 votes.

Jessica Alupo was the education Minister in the 2011-2016 cabinet before the Katakwi electorate overwhelmingly voted her out of the woman MP seat. She was accused of failing to develop the education system of Teso region at large despite having held a full Ministry of education. The education performance at all levels in Teso was poor, a factor that led to her rejection in the 2021 polls.