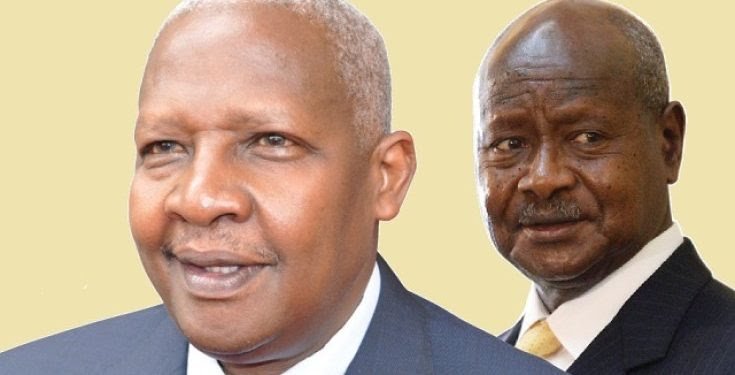 SEE ALSO: Museveni’s secret meeting with the Kuteesas postponed as Shartis declines to withdraw from poll

The 76 year old ruler made these remarks while mediating the rivalling Aine Sodo Kaguta camp (his brother) and Shartis Musherure Kuteesa (Muhoozi’s inlaw) the morning at a local primary school in Ssembabule. This follows the postponement of the Mawogola county polls after reports of clashes between both camps of the contesting candidates.

“Do not put my name Yoweri Kaguta Museveni in issues of politics where my relatives are. My relatives are all and any NRM member who did the right thing according to the party constitution,” Museveni remarked.

The president further decried the use of state machinery to influence political campaigns. “I am going to bring this issue to CEC about people who are in higher NRM positions supporting their relatives to fight other NRM contenders. That’s not leadership,” he added.

The ongoing tension is reminiscent of the 1980 general elections when Yoweri Museveni contested under his then newly formed Uganda Patriotic Movement (UPM) in the same constituency with Sam Kahamba Kuteesa of the Democratic Party. In that poll, Museveni lost miserably to Kuteesa and was compelled to stage a guerrilla coup in protest of the results. More than 40 years later, Ssembabule has become a battleground of the Kuteesa and Kaguta family locking horns in Shartis Musherure and Aine Sodo Kaguta respectively.

A few days back on Wednesday night, unconfirmed reports indicated that Sam Kuteesa fled his home after being attacked by a crowd believed to be part of Aine’s procession. Sources in the know of this story intimate that Kuteeda rang Museveni on phone to come to Ssembabule and harmonise the tension.