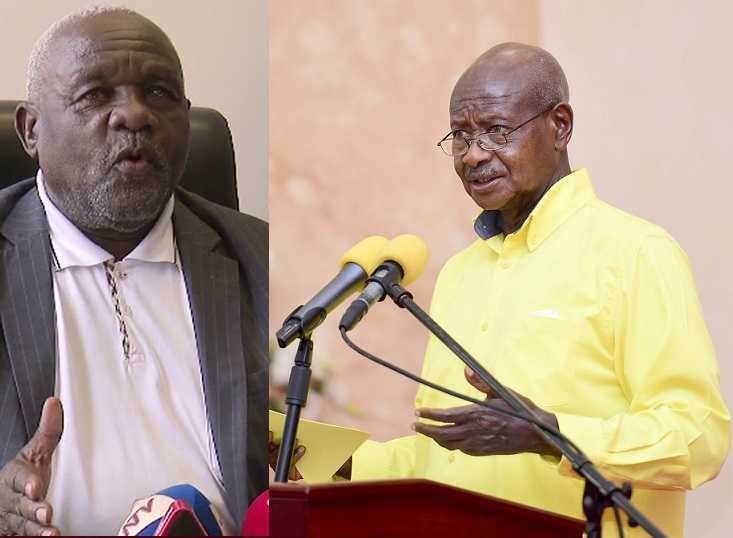 Former Minister of general duties (Minister without portfolio) and Bush war historical, Al Hajj Abdul Naduli has took a swipe at the NRM National chairman, Yoweri Kaguta Museveni warning that he could face a premature exit like Amin and Obote if he is not keen.

Nadduli made these bitter comments while appearing at Delta TV where he accused Museveni of turning a deaf ear to the pieces of advice offered by his fellow party leaders. Nadduli disagrees with the way Museveni is operating the NRM party with him overtaking all activities including the ongoing party primaries yet the party is supposed to have an independent Electoral Commission led by Dr. Tanga Odoi. He further disregarded accusations that the NRM failures are orchestrated by the opposition.

“The opposition has nothing to do with the collapse of NRM, no, in fact these young boys are playing their own politics like how we were in the 1980’s, but what made us win the war was because of the disorganisation of in Obote’s camps and this is what we are seeing right now in our party,” Nadduli reveals.

He also prophesied a replica of the 1980 post-election mayhem if the party does not take extra measures and pay keen attention to the infighting. “During Obote’s reign, we witnessed people from other regions coming here to represent us in parliament, it’s the same thing we see here and people come from nowhere and want to ge MPs here in central,” exclaimed the presidential advisor in reference to the Ssembabule fracas where Kuteesa’s daughter is tussling it out with Museveni’s brother and yet they are not borns of that area. Nadduli is afraid that if this favouritism continues to surface, the opposition front led by Robert Kyagulanyi Ssentamu is likely to bank on these loopholes and take over leadership from the NRM at all levels of elective office. He also lashed out at Gen. Salim Saleh for boosting the Syda Bumba camp to defeat his son in the recent MP primaries in Luweero.