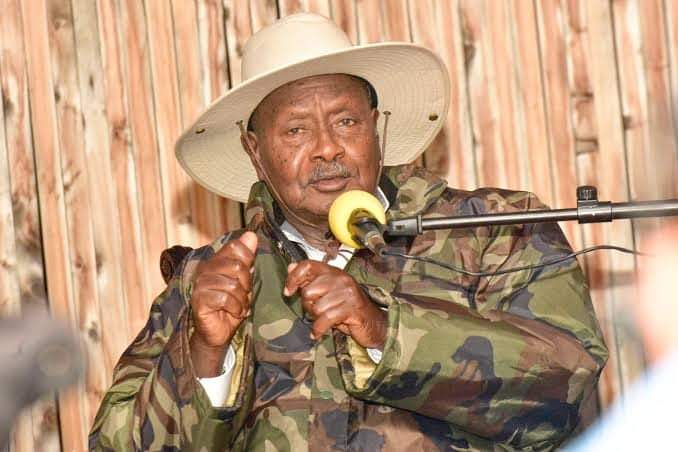 The High Court judge, Michael Elubu has ruled that there is no single court in Uganda that has the powerd to try the serving president unless he ceases holding the top seat.

“There is no provision in the NRM constitution, which allows the President to be sued. If it exists, then it would be inconsistent with the Constitution,” the Civil Division of the High Court boss ruled. “Court has no jurisdiction on the matter. Museveni is, therefore, struck out of all other applications, with costs,” he ruled

The judge ruled so over the weekend while responding to the petition lodged in by lawyer Jackson Ntwatwa who is still dissatisfied with the outcomes of the party primaries in Nakifuma county (Mukono) as he faults the NRM party chairman, Yoweri Museveni to have triggered the entire confusion. In his petition, Ntwatwa sought an interim court injunction terminating the entire NRM primaries citing a string of irregularities.

The court maintained that Museveni can only be tried if he ceases to be president. They advised the petitioner to instead sue the NRM Electoral Commission agents at district and village level. “You can only sue the President when he has left office. You can also sue NRM, which has so many chairpersons in villages,” he submitted.

The high court judge’s ruling however does not exempt Museveni from foreign indictments in foreign established courts like the EACJ and the ICC to which Uganda subscribes. In the past years, Museveni has been faulting the ICC as an anti-American establishment that only targets African presidents. At some point he even threatened to withdraw Uganda’s membership to the ICC.