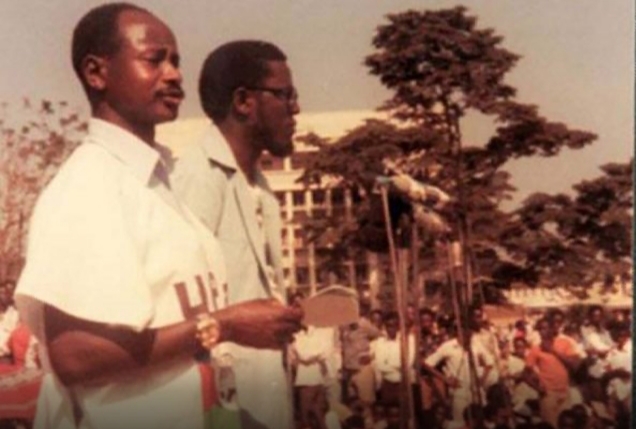 Reacting through his Facebook channel on Sunday, Prof. Mwambutsya dismissed the claims as blatant derogatory comments and reaffirmed that Museveni is an alumnus of the University of East Africa (Dar es Salaam Constituent College). “…He is not my contemporary. I said he is my OB (Alumni). We are both graduates of Dar es Salaam University him in the 1960s me in the 1980s…” writes Prof. Mwambutsya.

“…I found his legacy there and can assure you that he is a graduate of the University of East Africa (Dar es Salaam Constituent College). Before 1970 Makerere, Nairobi and Dar es Salaam were constituent colleges of the University of East Africa. Yes he is a graduate. My Professor the late Tambila Kapwepwe would always ask me about his classmate of the 1960s president Museveni the difference being by then he went by the name, Yoweri Tibahaburwa Museveni,” he explains in a post dated September 13.

Despite purporting to be a learned leader and a graduate of political science, president Museveni has never slapped his academic documents to the face of Ugandans throughout his three decade rule. Even with an impending petition lodged in by lawyer Muwadda Nkunyinji to compel the EC to produce Museveni’s credentials, nothing has been yieldful and yet the same body responded with urgency to controversial lawyer, Mabirizi when he challenged NUP presidential candidate, Kyagulanyi’s academic credentials.