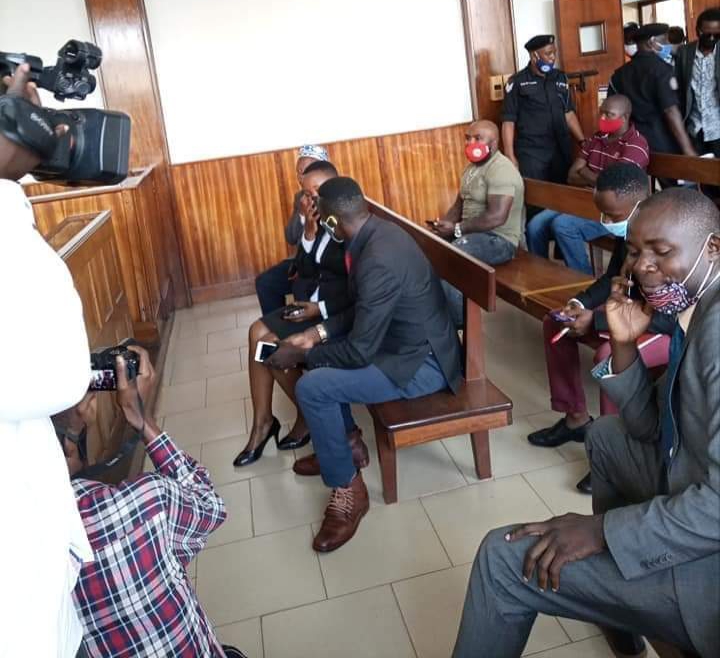 The Office of the Director of Public Prosecutions today directed the Wakiso district magistrates court to instruct controversial city lawyer, Male Mabirizi Kiwanuka to back out of the criminal case in which he sued the Kyadondo East legislator, Robert Kyagulanyi Ssentamu alias Bobi Wine for allegedly possessing inconsistent academic credentials.

In a heated Wednesday court session where police littered its men all over court premises to block NUP supporters, Bobi Wine did not physically present himself but instead delegated his legal team led by Counsel Anthony Wameli and Shamim Malende.

Court asked Mabirizi to submit all his gathered affidavits and evidence to the office of the DPP which is the only constitutionally responsible body to overtake criminal cases. However, Mabirizi defies and vowed to appeal this verdict. His other plea to compel court to issue and arrest warrant for Bobi Wine was also rejected as the magistrate said it would not be possible since the accused had a legal team in the court room. She was prompted to adjourn the trial to a later date of September, 22.

Reacting on the development, Counsel Wameli laughed off Mabirizi’s fruitless hustles which he says are all detractive and time consuming. “Instead of doing things which add value to this country, he is busy wasting court time with useless petitions. Uganda expects better from a lawyer of Mabirizi’s stature,” he stated. “However, I am happy to inform you that the DPP has taken over the case. Male Mabirizi will not get anywhere close to court. He will watch the proceedings from home,” he adds.