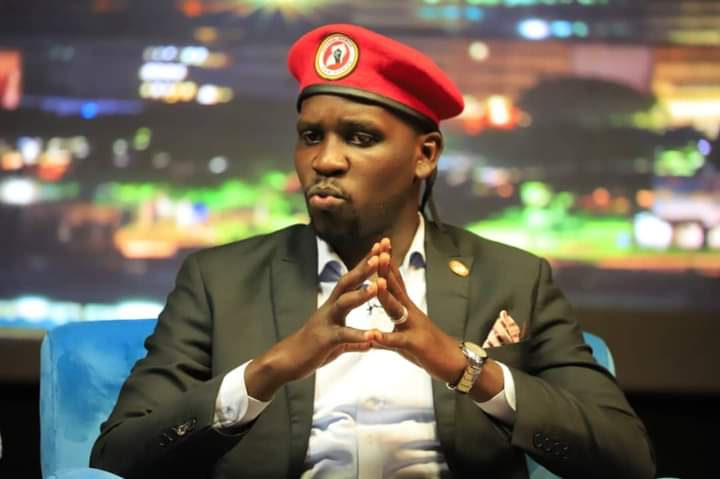 The National Unity Platform party spokesperson and intending Nakawa West legislator, Joel Ssenyonyi has outshined the two sworn regime apologists, Andrew Mwenda and Ofwono Opondo on the NBS Frontline show. Ssenyonyi first laughed off cheering naysayers who are enjoying the music in the Kibalama-NUP row. “I see some vultures who are waiting for NUP to die. It won’t happened,” Joel assured NUP supporters.

A composed Joel further calmly articulated pertinent matters regarding the entire political arena where he condemned the Electoral violence which featured in the ruling NRM party primaries that left about 9 people dead. “Someone used the analogy that if children of the sane house are at each other’s throat, what will happen when they are fighting the children of the neighbours, the opposition?,” he asked leaving Opondo and Mwenda speechless.

Ssenyonyi went on to lash out at the NRM members for being overtly greedy and expectant that the party will rig on their behalf in the general elections. “The NRM Primaries were the state at play. The participants think they are safer with the NRM because they can even rig for you because they are the masters at it,” he said. Mwenda tried to intercept and blundered when he justified the violence as a sign of democracy and competition in their party. “The violence we see in NRM shows that there is too much power concentrated there. Intense competition takes place within NRM,” Mwenda said. The veteran journalist also distanced himself from having genuinely joined NUP. “I am not in NUP. I was just joking,” he remarked inviting an immediate reaction from Joel who declared him a joker there and then. “Finally you have admitted that you are a joker?,” Joel told him off.

The other panellist, Aruu county MP, Odonga Otto advised Mwenda to preserve his breath for something else as all his intellect wasted on fighting Bobi Wine may not yield. “Mwenda should save his energy because Ugandans have already accepted Bobi Wine,” Otto advised.