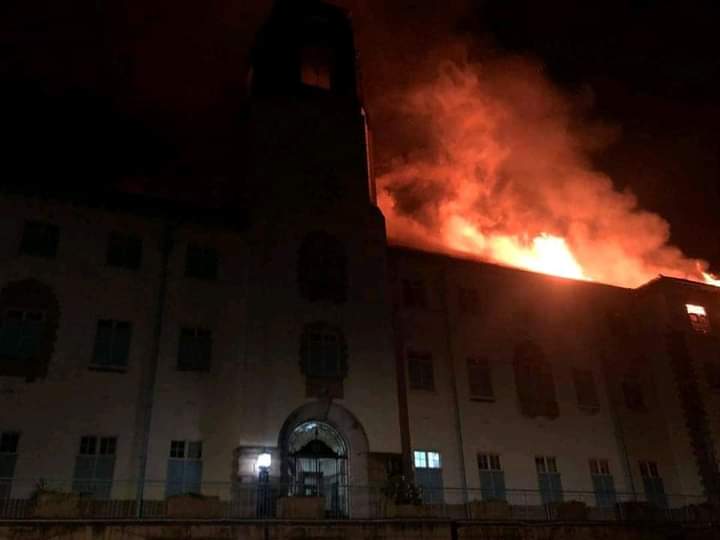 The Makerere University iconic building has been gutted by fire. The announcement went public at exactly 1:20am in the early morning hours of Sunday. Although the cause of the fire is not yet ascertained. By the time of filing this report, the fire brigade had just arrived to put out the fire. The most affected section that has been reduced to rubble is the accounts and Finance department offices. Several documents and properties worth millions have been destroyed.

Multiple sources however implicate the Museveni government since one of the lingering debates on the academic credentials of the serving head of state, Yoweri Museveni has gained traction. The NRM regime has failed to protect all surviving institutions left by the preceding governments. A detailed story awaits by morning, stay tuned.