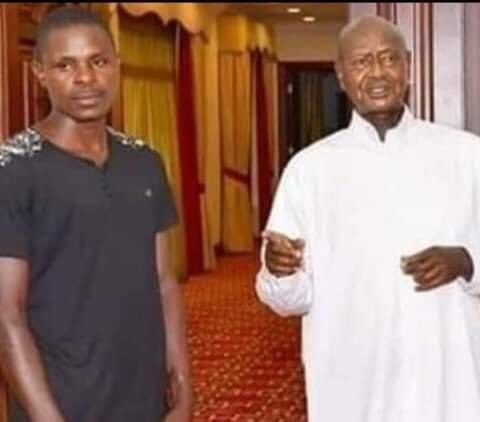 In wake of the rampant gun violence, the Commander in Chief of all armed forces, H.E Gen. Yoweri Kaguta Museveni has instructed the Inspector General of Police, Martin Okoth Ochola to come up with a detailed report regarding the escalating gun misuse by armed forces.

LDU Officer Kills One, Another Hospitalised in Kween District

In a letter dated September 8, which went public today for unknown reasons, the president made it clear that he wants the IGP to probe into the misconduct of the policemen and other armed personnel while in public. “I am writing to direct you to stop the random shootings by the LDUs and Police, all under the Command of the Police,” reads the opening statement of the letter.

It should be noted that majority of these armed conflicts and deaths that left about 15 documented people killed by the army, police and LDU are attributed to Gen. Museveni himself. Majority of the civilians who were gunned down were shot at because the security personnel claimed they were implementing presidential directives on covid. The Kasese cleric who was shot by a soldier was killed just because he ferried his own wife on a motorcycle and yet by then Gen. Museveni had pronounced it illegal.

The most recent public shooting has occurred at the National Unity Platform party headquarters in Kamwokya, where a sworn Museveni supporter, Charles Olim alias Sipapa fired shots at Bobi Wine supporters but luckily nobody was killed.

SEE ALSO: Museveni makes u-turn on LDU, redeploys them on Kampala streets ahead of 2021

Museveni says the IGP must rein into the killings and guide all the armed forces with how to go about their duties while in public. Below is the detailed statement; 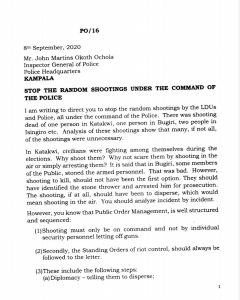 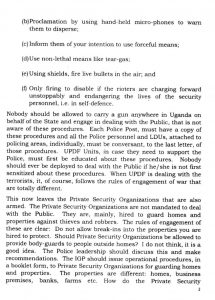 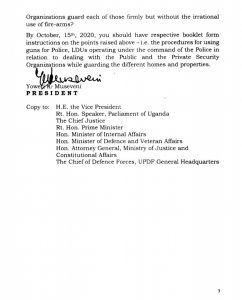