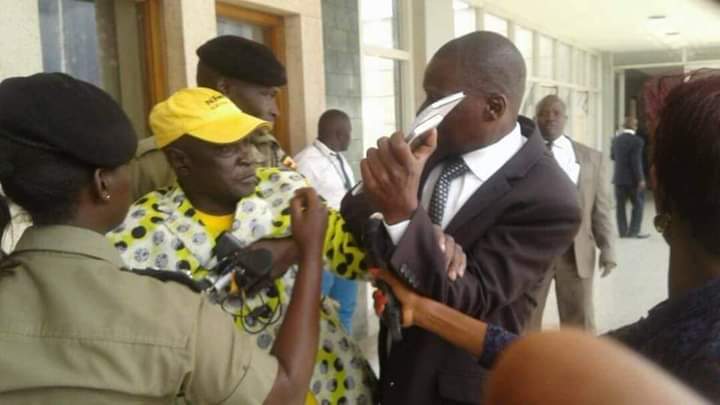 On this day three years ago at the climax of the disputed age limit bill debate, parliament witnessed drama after West Nile legislators, Bernard Atiku and the late Arua Municipality legislator, Col. Ibrahim Abiriga were engaged in a physical brawl.

The fist fight which lasted for over 15 minutes left the parliament security puzzled as they struggled to separate the two wrangling sides.

After being separated, Abiriga was whisked away to the parliament restaurant where he asked for a Rwenzori mineral water bottle to deescalate his rising pressure. Although Atiku clobbered the deceased for being a sworn supporter of Museveni’s life presidency, it is ironical that today he beds with the regime he earlier on contested. Atiku defected from his FDC and even took part in the NRM party primaries where he was miserably trounced.

The late Ibrahim Abiriga paid a heavy price for overtly showing allegiance to the life presidency bill. One time he was even ashamed live on camera by the Mukono municipality legislator, Betty Nambooze who pricked off his cap while he addressed swipes of journalists. Moments before his demise, Abiriga in multiple exclusives with the media confessed to routine insults along Gayaza road and Kampala downtown whenever the public could spot his gleaming yellow car. On a fateful day in June, 2018, Abiriga was shot dead by unknown assailants just as he approached his residence in Wakiso. He sadly died without witnessing the fruits of ‘his hustle’ (age limit). May his soul rest in peace!