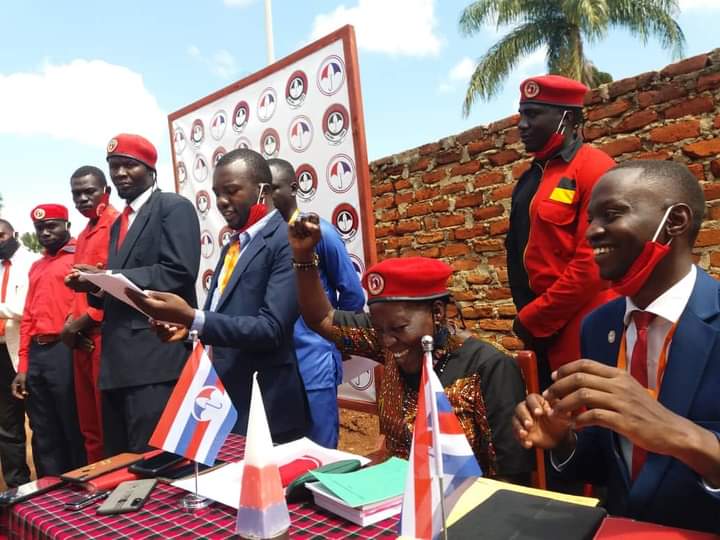 Charles Ochora, a contender for the Aruu south seat in Acholi today declared his defection from the ruling NRM party to Bobi’s National Unity Platform party. This beats away the narrative traded by the Aruu county MP, Odonga Otto who in a televised political show claimed that NUP did not have candidates across Northern Uganda.

In a heated moment presided over by the NUP North elections management commissioner, Oyeki Gerald and the Deputy principal, Dr. Lina Zedriga Waru, the party unveiled over 250 candidates at various elective levels.

Dr. Zedriga, the Deputy lauded Ochora’s decision and called it a beacon of hope that manifests the burning zeal by the young people to take on the leadership mantle.

“We have candidates all over Uganda.This struggle is legitimate. We shall reclaim back our country,” she stated. “Now is the time to put things right and this will be spearheaded by the young generation,” she added.

Ochora who dropped the NRM for NUP justifies his decision and terms it genuine. “Today I’ve successfully finished my vetting exercise and I will be running under NUP ticket,” he said.
He describes the NRM system as a rotten one that is gradually becoming destructive to Uganda as a country.

“Uganda is where there is corruption, money mismanagement, and all sorts of follies. This is not what we want to see anymore. As young people, we are driving towards change and Bobi Wine is the hope of that change,” he added.