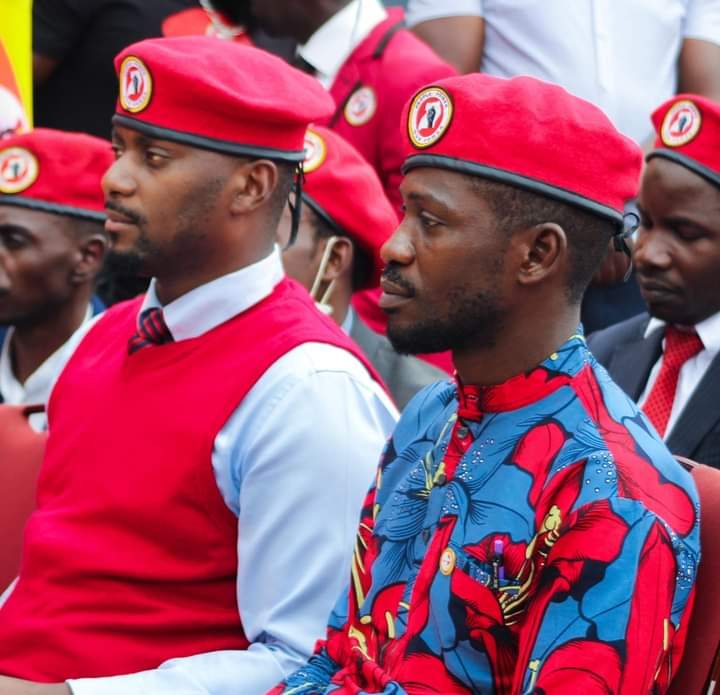 Addressing the nation this morning on NTV, Lewis describes Bobi as an opportunity for some people. ”Bobi Wine is one of the most lucrative businesses in Uganda right now. We have seen many come, take pictures with him and use them to trick the State into ‘buying’ them but we know them and we don’t care,” he says.

He adds that through him, people have gotten all sorts of favour from the State. This follows the multiple defections of several people who are routinely fished out by the regime scout, Balaam Barugahare. The latest catch was renowned veteran journalist, Basajja Mivule who has since reaped from his defection deal after being given sums of money and assets to denounce Bobi Wine. A month prior, Mivule had been arrested for promoting sectarian violence and when he obtained bond after NUP supporters launched a cyber campaign, Mivule hit the headquarters to show his allegiance to Bobi Wine. In a blink, he dramatically left and started pelting insults at the people who helped him out of incarceration.

SEE ALSO: Bajjo and Mivule don’t add anything to NRM-Mirundi

Also, events promoter Andrew Mwenda alias Bajjo quit the NUP party after a big harvest from the state. Former senior presidential press secretary, Joseph Tamale Mirundi has routinely in his talk shows discredited the NRM party for panickingly buying people who cannot even mobilize for their party. “Why would you buy Bajjo, Bebe Cool, Buchaman, Full Figure and Basajja Mivule?,” Mirundi asks. “What do they add to the party? These are opportunists who earn from attacking Bobi Wine. When a team wants a trophy, does it buy noise makers or a good striker to score?,” Mirundi rhetorically asked while reacting to Balaam’s endless scouting.