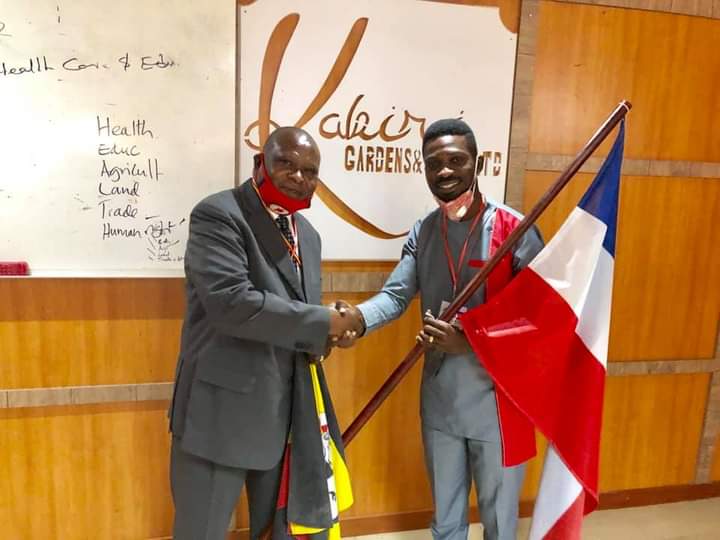 The National Unity Platform party case resumes tomorrow morning at 9am in the high court civil division at twed towers, Kampala. This time round, the former party president, Nkonge Kibalama is expected to appear and answer some questions in the courtroom.

Just in: Bobi Wine speaks out on Kibalama saga

In tomorrow’s hearing, the learned judge, Musa Ssekaana asked for the presence of the former NURP party president Moses Nkonge Kibalama who never featured last Wednesday following numerous reports that he had been abducted by the security forces. The UPDF later came out and admitted having Mr. Kibalama under what they called ‘safe custody’ after he allegedly complained of receiving anonymous threatening phone calls.

The petitioner, Kibalama and group want to reclaim the party leadership which is now under the Kyadondo East legislator, Robert Kyagulanyi Ssentamu alias Bobi Wine. They are challenging the ‘legalities’ of how the party ended up in the hands of the Kamwokya leadership despite the Memorandum of Understanding the two sides signed. In a recent video statement, Mr. Kibalam dismissed legally giving out his party and urged Bobi Wine and group to pay him the $5m (UGX15 b) which they allegedly settled for to legalise the documentation. Bobi rubbished these claims in a tweet where he accused Mr. Kibalama of having been compromised and detracted by the state operatives who forced him to confess against his will.

Despite the justice’s order to have Mr. Kibalama in the courtroom tomorrow at 9am, this site has reliably learnt that the state has instead opted to have him appear via a video feed that will be broadcast live in the courtroom. We are informed that the regime is fearing for the life of Kibalama who could be ‘harassed’ by disgruntled NUP supporters.