Provoke me at your own risk, Rukutana cautions critics 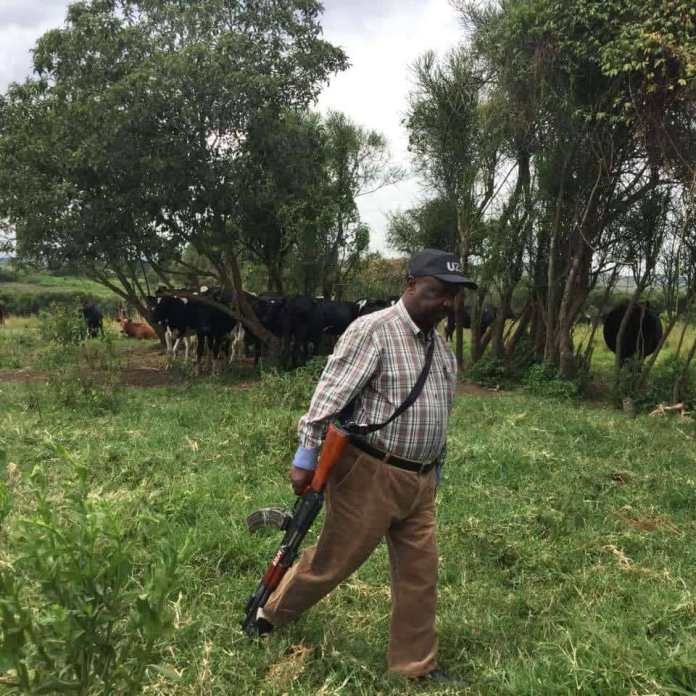 The state Minister for labour, Mwesigwa Rukutana has for the very first time since his bailout spoke to the media regarding the gun conflict which ensued last month during the disputed Rushenyi NRM party primaries.

While appearing on NBS TV on Wednesday night, the newly announced Rushenyi county described himself as an extremely arrogant person who does not tolerate provocation. The Minister also gave his account of what happened on that ill fated day when he nearly caused a massacre in Rushenyi. He says, he had a burial to attend that day and he had delegated his son to fetch the priest who was to preside over the event. That was when his son called him when he encountered a mounted road block to their residence. “A priest who was moving with my son called and informed me how my son was in danger just outside my home. I rushed to the scene to save my son,” Rukutana recounts. He adds that the provocative conduct of the men is what compelled him to grab the gun from one of his guards who he says restrained him from firing. “I did not shoot at anyone as alleged by the media,” Rukutana said.

“I am very cool-headed when not extremely provoked,” he further revealed.

Regarding his victory which was announced on Wednesday by the NRM Electoral Commission Chairperson, Dr. Tanga Odoi, Rukutana says he is unmoved because that is what had occured on ground. He says he had won the polls but his rivals wanted to rig. “I am happy but not excited because I knew someone was just trying to rob my win,” he said. Rukutuna was yesterday eventually announced the winner having beaten Naome Kabasharira with a margin of only 20 votes.