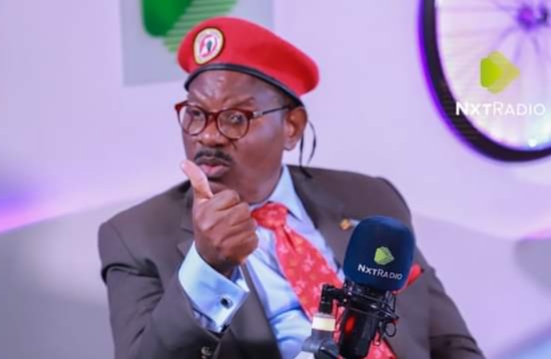 The National Unity Platform party president, Robert Kyagulanyi Ssentamu alias Bobi Wine has mourned the fallen ex Kampala Mayor, Al Hajj Nasser Ntegge Ssebaggala who breathed his last this morning after suffering a intussusception infection(abdominal complication) thet struck him down at the beginning of this month.

Bobi Wine describes the deceased as an inspirational and exemplary leader that inspired a full generation into challenging the status quo of dictatorship. Ssebagala in his peak days of the early 2000’s was a celebrated opposition figure before he publicly declared his endorsement for the former FDC presidential candidate , Rtd. Col. Dr. Kizza Besigye.

Similarly, the NUP party spokesperson, Joel Ssenyonyi says the country has lost an icon and a father figure in the struggle. “It is saddening to hear of the passing of Al Hajj Nasser Ntegge Ssebaggala. We appreciate the contribution you made to our country’s politics. Rest in Peace,” Joel says.

The leader of the minority in parliament, Hon. Betty Aol Ochan also eulogised the fallen leader. She wrote on Facebook, “Saddened by the death of the former Kampala Mayor Al Hajj Nasser Ntegge Ssebaggala (Seya), my sincere condolences to the family, friends, people of Kampala and Uganda at large.”

More tributes are still pouring in from several Ugandans and leaders across the world that knew about the deceased. We commiserate with the family, friends and relatives of the deceased. May his soul rest in peace. We are working on the profile of the fallen political doyen.