Muntu speaks out on NUP saga 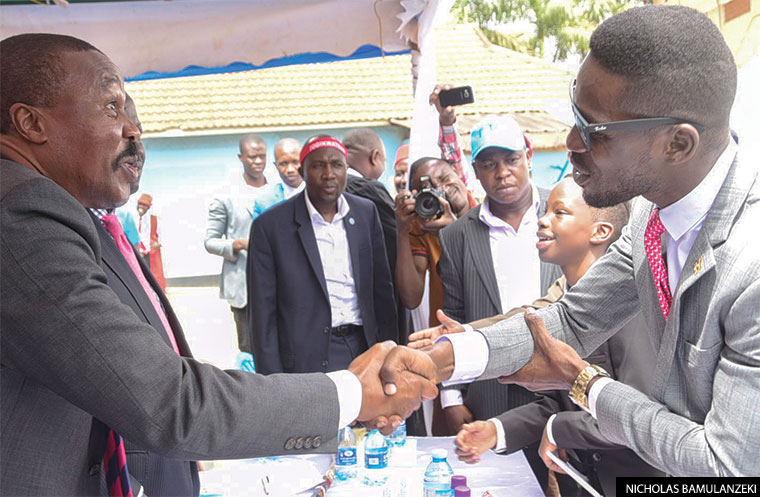 The Alliance for National Transformation party presidential nominee, Maj. Gen. Mugisha Muntu says the troubles in the National Unity Platform party are likely to persist as the regime wants to be aggressive on Bobi Wine who drifted into a problem to Museveni’s survival.

Muntu prophesies doom for the party founder, Moses Nkonge Kibalama whom he says is under captivity by the coercive forces of Gen. Museveni. According to Muntu, the state is more than ready to squeeze Kibalama to the wall until he dances to their tunes and do everything as they (state) will. He warns that more trouble is likely to befall Kibalama if he remains hesitant to doing as he’s being tasked by the militaristic junta regime.

Although Muntu sympathises with what his comrade Kyagulanyi is undergoing at the moment, he contends that the People Power movement had run out of time by the time they would have formed their own party and therefore the only choice around was to procure an already exisiting party.

“By the time we formed our party, my friend Hon. Kyagulanyi was still in the pressure movement wave of People Power and when they decided to make a party, it was impossible for them and the only option was to get another party however they didn’t do due to diligence on the foundation of the party so that you know that under whatever circumstances, you do not get the problem,” Muntu says.

“They landed on NUP, the unfortunate thing is that what I see now. I have a feeling the regime is putting a lot of pressure on those founding members of NUP and if they remain as aggressive as they seem to bee, then they are going to cause a problem to NUP,” he warns.