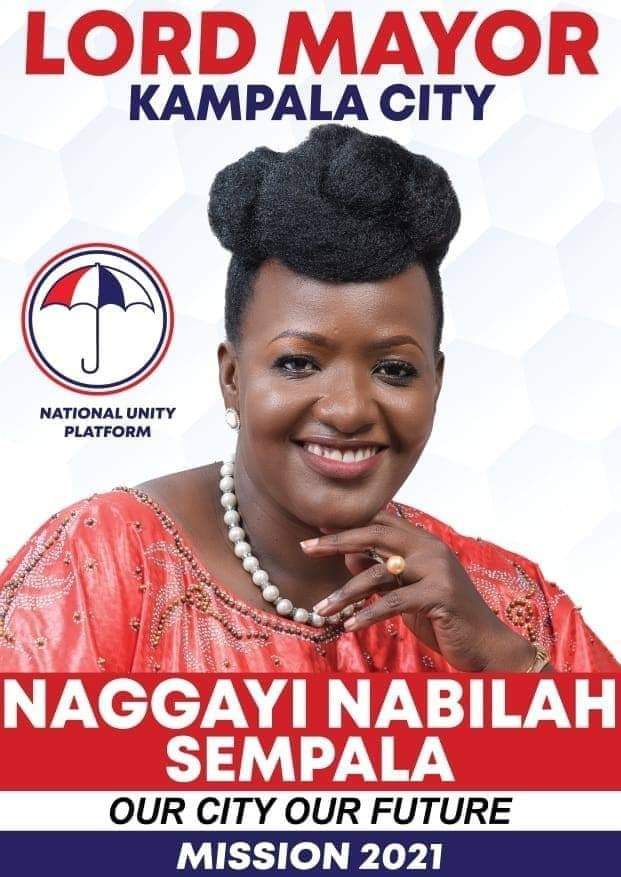 SEE ALSO: Nominate her at your own risk-FDC warns NUP on Nabillah

Nabillah comes as a replacement to Kawempe North MP Latiff Ssebaggala Ssengendo, who a week back pre maturely bowed out of the race just a day after being nominated for the flag.

The announcement of Nabillah as the new flag bearer was made by the NUP Electoral Management Committee chairperson, Mercy Walukamba who declared ger victor having outpaced a little known, Ssali Cudrah. According to the NUP electoral management committee, Nabillah beat Cudrah with 166 out of 200 points while her one and only rival, Cudrah garnered only 87 out of 200 points.

However, Ms. Walumamba days despite the fact that Nabillah has garnered laudable points as per the committee results, the final decision is only dependent on the NUP board which is to officially declare her fit for the party flag. If approved by the board, Nabillah will lock horns with the incumbent Hajj Erias Lukwago who is aspiring on the FDC ticket.

Nabillah’s entry to the NUP is however disputed by her mother party, FDC which earlier warned that he may play the same political games with her new base. In a media statement, FDC mouthpiece urged the NUP party to keep a close eye on Nabillah whom they accuse of being incompetent and ideologically bankrupt. They say Nabillah is indecisive and fond of hobnobbing with the NRM government.