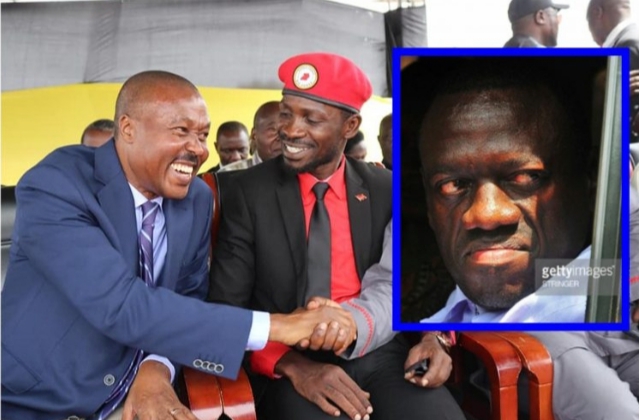 As the 2021 general elections heat intensifies with only days left to the mega battle, Ugandans have piled pressure on key political players to openly cast their mandate on the generational youthful aspirant, Robert Kyagulanyi Ssentamu alias Bobi. According to reports, Ugandans want a fresh civilian leader devoid of any Bush war attachment.

SEE ALSO:COMMENTARY: Opposition is our position

According to reliable information retrieved from credible sources by our reporter, there are ongoing backstage discussions between the opposition forces to front a joint candidate to lock horns with NRM’s Gen. Yoweri Kaguta Museveni. We are reliably told that from these engagements between The People’s Government headed by the FDC four time presidential candidate, Rtd. Col. Dr. Kizza Besigye, Mugisha Muntu of the ANT and Gen. Henry Tumukunde of the Renewed Uganda platform are all yet to announce their unwavering support for Robert Kyagulanyi Ssentamu of the NUP party. We are told that both Gen.Muntu and Gen. Tumukunde are to announce their withdrawal by December this year and openly task Ugandans to vote for Bobi Wine.

In this period, Ugandans are already on the neck of Museveni’s longest challenger, Besigye to emulate the now fallen Nasser Ntegge Ssebaggala who introduced him to the political scene, and do the same for a young Kyagulanyi.

“For the masses that have been calling upon unity, yes we have been working together. We have been talking and this is the only way we can challenge the dictator,” Bobi said at the launch of the United forces of change Platform in July this year. Our sources say that this Unity was also initiated by Ugandans who expected Besigye to declare his endorsement for Bobi at that very function but he postponed the conversation not until he had to first declare his withdrawal from the poll. But the wait is starting to bother Ugandans who impatiently believe that time is rushing and yet Besigye’s endorsement for Bobi must be made before nominations.

Now, the idea of having either Patrick Amuriat Oboi or Ambassador Wasswa Birigwa as the FDC candidate has also been challenged by supporters of the FDC who have already anticipated a humiliating defeat for the duo whom they say cannot appeal to the electorate like Bobi Wine of the NUP. We are told that FDC is open to unity but has set a tough term that the NUP should not front MP candidates in specific constituencies where the blue color is deeply rooted.