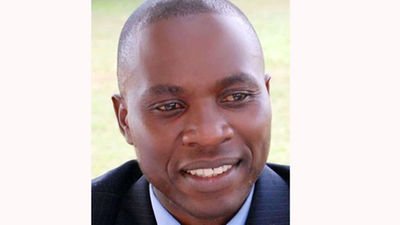 In her ruling, magistrate Miriam Akello said court contends that there was overwhelming proof pinning the accused Kisuuze. “All ingredients of indecent assault were proved beyond reasonable doubt by the prosecution witnesses. The accused is hereby sentenced to a fine of shs 4m or in default serve 2 years in jail,” Akello said while giving a ruling.

In April, 2018, photos of a sexually charged Edward Kisuuze caressing Rachael from office made rounds on social media, inviting a large outcry from the public as people ridiculed Makerere for tolerating sexual harassment. A Kenyan graduate, Rachael Njoroge smartly took a selfie photograph of a sexually charged Kisuuze who had bowed down to satisfy himself orally.

In Njoroge’s testimony to court, she said the registrar wanted to take advantage of her after she had come to the office in Senate building, Makerere where she had gone to collect her transcript. She says, Mr. Kisuuze locked the door and tried forcing himself on her soon as she had got into his office.

Feminists however say the verdict given by court is too light and can compel the offender to soldier on with his unprofessional behaviour if he’s reinstated back to his office at university. “He will continue molesting young girls since he knows the fine is just UGX 4m if convicted,” says Lukiya Nambi, a city feminist. “We expected a heavy penalty for the offender so it could send a lesson out their to people like him,” she adds.