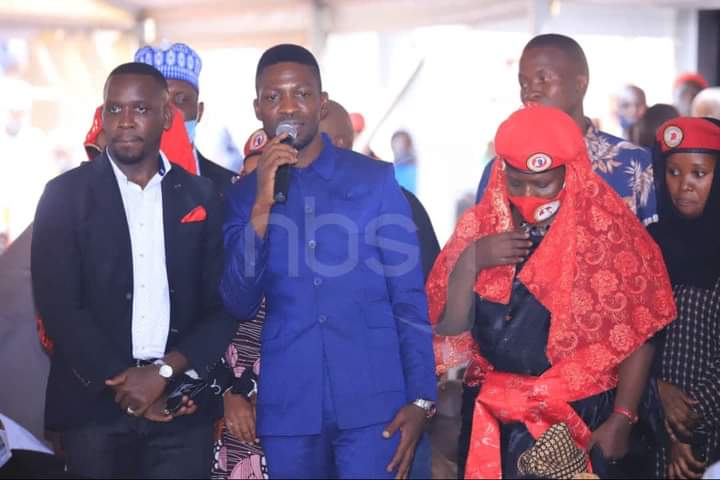 The National Unity Platform party leaders today attended the burial of the fallen Kampala Mayor, Al Hajj Nasser Ntegge Ssebaggala who succumbed to intussusception on Saturday, 26 September at the International Hospital of Kampala.

The ceremony was flanked by the leadership of the Uganda Muslim Supreme Council, Ssebagala’s children who just returned from abroad, relatives and friends of the deceased’s family. The Kwagalana group led by tycoon Kirumira Godfrey was also present. In his speech, Kirumira spoke of the deceased as a man of the people who was always just a call away. “Ssebagala knew his people. He was not mean like most of the politicians who want people to go through protocol to reach them. He was always available,” Kirumira said. “You leaders are in power because of our sweat. You survive on our taxes. Start treating people equally,” he added.

The NUP leader, Robert Kyagulanyi Ssentamu gave a heart rending speech and held the deceased Ssebagala in high regard. He heaped praises for the family and called upon them to embrace unity and fight for to uphold the legacy of the late Ssebagala. Bobi was accompanied by the party spokesperson, Joel Ssenyonyi, Kawempe North and Kampala woman MP hopefuls, Ssegirinya Muhammad and Shamim Malende respectively. The deceased has been laid to rest at his ancestral home in Kisasi. He leaves behind 20 children and several grandchildren, properties worth billions, 27 acres of land in Kisasi, and a legacy of hyping the opposition politics of this country. Due to his efforts in developing the city during his term as Mayor (2006-2011), the Kampala Capital City Authority on Friday resolved to rename Datsur street after the fallen Ssebaggala as a tribute to his unrelenting commitment to face lifting the city.