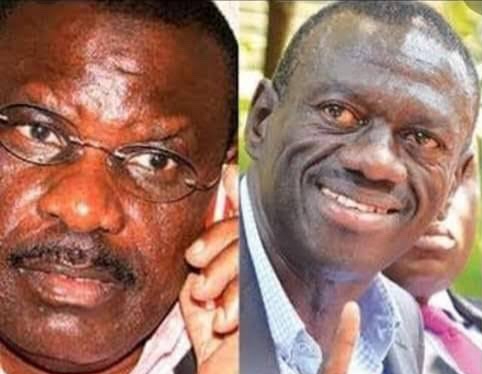 The opposition Forum for Democratic Change has today come out to disregard social media reports that their perennial candidate, Rtd. Col. Dr. Kizza Besigye had on Sunday tested positive for COVID-19. Our sources have firmly learnt that there is a bitter war among party leaders with some accusing the other for misleading the party godfather into making a lame excuse justifying his absence at Sseya’s funeral.

According to the party Deputy spokesperson, John Kikonyogo, Dr. Besigye who used COVID-19 as a justification to his absence from the late Ssebagala’s burial was telling lies. “Dr. Besigye has not tested positive for COVID-19 as widely believed on social media platforms. We saw fake news circulating on social media that Besigye has tested positive. This is not true,” Kikonyogo said. “Besigye is negative but just in isolation. He attended a meeting where one of the participants tested positive for COVID-19, he was tested on Sunday and found negative,” he added.

On Sunday after a span of widespread outrage from Ugandans who perceived it as a betrayal for him to shun the burial of Al Hajj Nasser Ntegge Ssebaggala who played a pivotal part in his political career, Besigye announced on Facebook that he had gone into self isolation. It is quite uncertain as to whether even the members of the top FDC leadership were also in isolation. Even the incumbent Kampala Lord Mayor, Erias Lukwago declined to participate in the burial for fear that he would be out rivalled by his opponent, Nabillah Naggayi Ssempala who was also present for the same function.