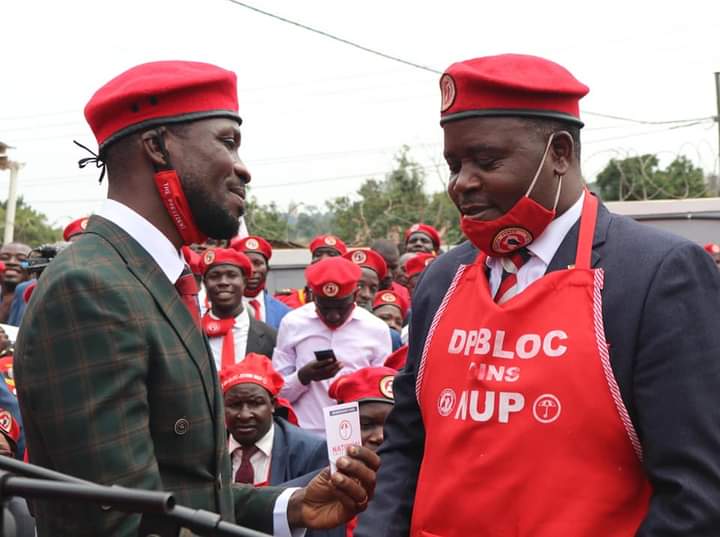 Ever since the National Unity Platform party admitted members and politicians from the DP Bloc, there have been a wave of infights intensifying. Also the internal cults were trying to develop as members of the elitist naturally defiant Bloc carried over their flip flop politics into a movement that had been well arranged and built on compliance and discipline as the guising factors. During the golden days of the People Power movement, the people always believed and followed whatever the principal, Robert Kyagulanyi Ssentamu would advise. He was looked to as the father figure and in fact this was what inspired the People Power supporters to baptize him ‘Fadha’, a word borrowed from the Jamaican patois.

With the admission of the DP Bloc, the story is slowly changing. In early August when the NUP high command noticed that the newly adopted DP Bloc member, Samuel Walter Lubega Mukaaku
Serwadda Sulaiman Kidandala was having back door dealings, he was immediately relieved of all his duties. According to reliable intel retrieved by this site, Mukaaku wanted to build a Bloc within the NUP and it was to be headed by musician, Joseph Mayanja alias Dr. Chameleone who is now vying for Lord Mayor.

The broad day DP Bloc defiance still manifested when the Mukono municipality legislator, Betty Nambooze openly attended the Erias Lukwago campaign launch and declared her unwavering support for his bid regardless of who her own party was to front. She also stated that she would not back Bobi’s elder brother, Fred Nyanzi for Kampala central. Nambooze said she would prefer Muhammad Nsereko to retain that seat instead of losing it to Fred Nyanzi.

The DP leaning independent Latif Ssebaggala Sengendo on Sunday announced that he is also interested in the Kawempe North seat he has held since 2001.

The division further deepens in other constituencies such as Lubaga North where the party declared Abubakar Kawalya as its flag bearer but DP Bloc recruit and incumbent Kasibante Moses announced to run against him, in Nakawa West the party endorsed Joel Ssenyonyi while still the DP Bloc member Kakande Kenneth Paul declared to run against him. DP Bloc’s Michael Mabikke also says he will return back to Makindye East and rival NUP’s Nyeko Derrick. Joseph Mayanja, a DP leaning member is also advancing as an independent on the Lord Mayor seat. DP Bloc perhaps felt more entitled to the endorsements having made a public defection to the NUP.