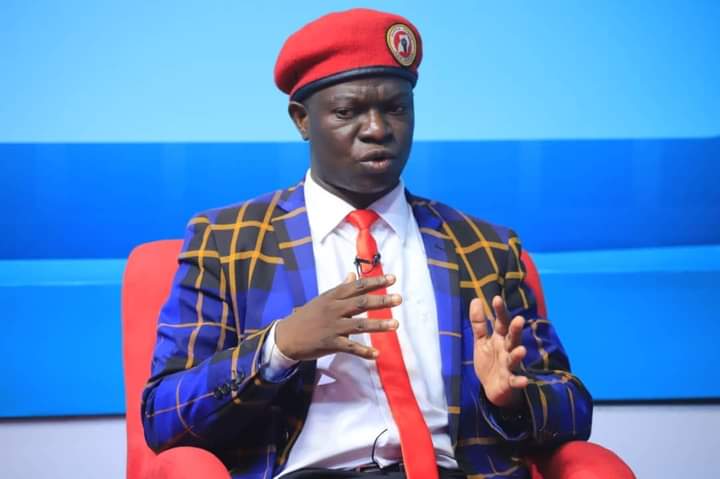 The National Unity Platform party flag bearer for Kawempe North has had a problematic Tuesday having started with an attempted rejection by pro-Kidandala councillors and closing the night with mockery from panelists of the NBS Barometer extra political show.

The show was flanked by the defacto NUP Rubaga North MP aspirant, Moses Kasibante, indecisive Latiff Ssebaggala of Kawempe North, the usual controversial Charles Rwomushana and the legitimate NUP flag bearer, Muhammad Ssegirinya. For the very first time, the show attracted a mass online audience of over 5000 live viewers who wanted to watch Latiff and Ssegirinya debating on the same stage. Surprisingly, all panelists shared a mutual thought of trolling Ssegirinya but they instead ended up exposing their inner thoughts on the struggle.

When green lighted to make her submission, the Mukono municipality MP, Betty Nambooze Bakireke scoffed at the NUP for leaving out her own mentor, Latiff Ssebaggala whom she says holds a wealth of experience to represent his constituency. “Latiff mentored me when I had just joined parliament. He has taught me parliamentary procedures. He is always at the centre of issues of Muslims in this country,” Nambooze said. She urged the NUP not rid itself of the two leaders who are still valuable to the struggle. Nambooze however advised that both Latiff and Ssegirinya can have a round table sit down and one of the two comes for councillor and the other goes for MP but literally this was a direct troll at Ssegirinya.

The show also exposed the greed and self centredness of all seasoned politicians like Nambooze and the DP Bloc group appeared to have joined NUP just to ringfence and secure their stay in political offices.

Nambooze went astray and started heaping praises on legislators who overstay in power as she used the western countries where she benchmarked and learnt that overstayed parliamentarians are in fact rewarded. This narrative left many viewers puzzled as they could not imagine that a legislator who sacrificed her own spinal cord all in the name of blocking the age limit bill was the same face heaping praises on overstaying in power as she indirectly endorsed her companion, Latiff to retain the seat. This attracted Rwomushana’s intervention and he gave a verdict that the opposition is headed to doom if this is the mindset they are upholding. “Is NUP having a strategy to remove Museveni or they are chasing other interests?,” Rwomushana asks.

Kasibante also used the show to again lash out at the NUP committee for relying on what he called false statistics. According to Kasibante with his religious card, there is no way a Muslim Kawalya Abubaker will defeat him in a predominantly catholic Rubaga North.

Ssegirinya who appeared emotional after suffering well coordinated trolls which could have been prepared before the show told the moderator, Zambali that he was not to appear on the show again. He swore not to resurface on the programme since some of the panellists seem to hold different interests of retaining their positions instead of aiding Kyagulanyi’s quest to enter state house in 2021. Ssegirinya left as the man of the match as NUP supporters showered him with praises for sticking to the core of the party.