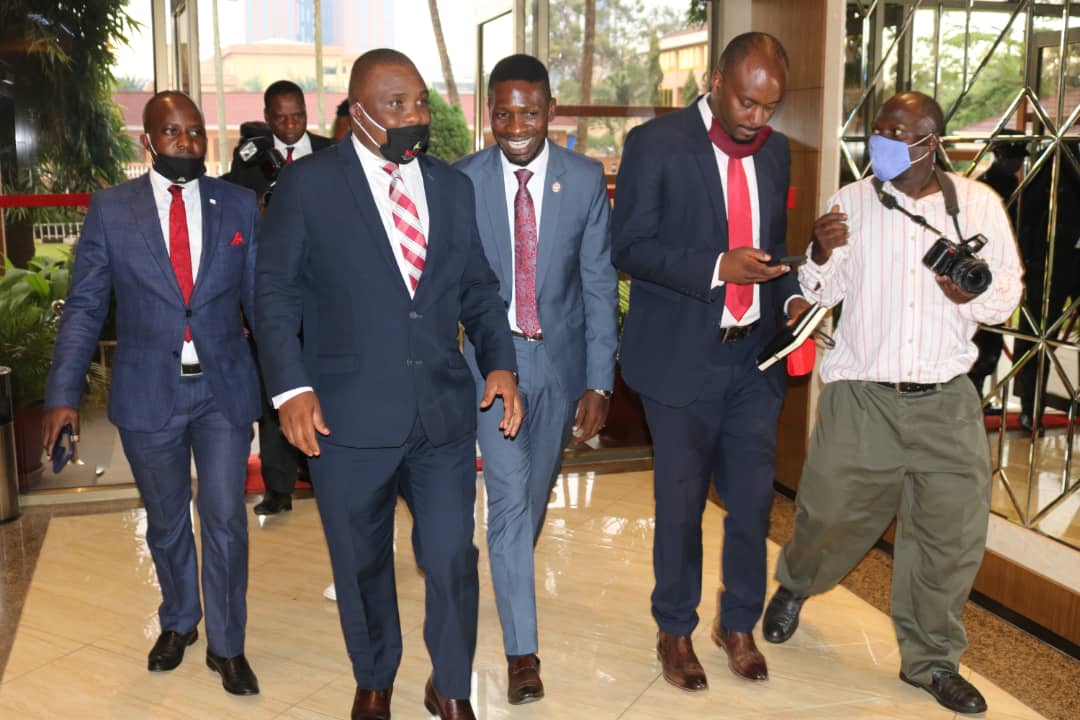 The function was arranged to recognise and award Dr. Ssemwogerere for his outstanding contribution towards the kingdom of Buganda and the country at large having been the first person to challenge president on the 1996 ballot when the elective politics was revived since 1980. While receiving the award, Dr. Ssemwogerere appealed to all opposition groups to embrace and promote unity ahead of the 2021 general elections. He dedicated his award towards unity within the forces of change and proposed that this should be the underpinning emblem in a live to realise unity and fronting credible leaders.

In his submissions, the NUP party presidential nominee, Kyagulanyi Ssentamu lauded Dr. Ssemwogerere for having set a pace to opposition politics at a time when Museveni was still believed to be a liberator. Dr. Ssemwogerere who stood under the DP ticket braved his way out of a well paying government job to contest against president Museveni in 1996. Kyagulanyi says it was heroic of him to have awakened Ugandans in those early days when challenging Museveni was not a simple task. Other speakers also heaped praises on the now retired politician. They referred to him as a field marshal in the political arena and tasked prince David Wasajja to deliver their sincere appreciation and gratitude to His Majesty the Kabaka of Buganda, Ronald Muwenda Mutebi II.