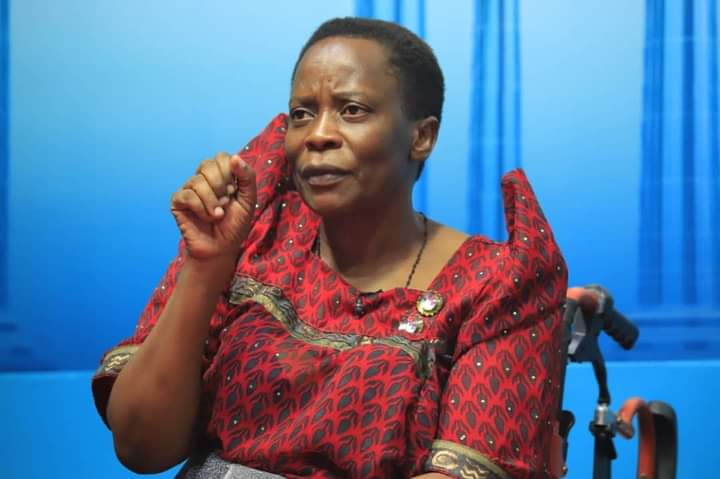 News coming in indicates that the Mukono municipality legislator has been under fire from the National Unity Platform party supporters in Mukono who grilled her for endorsing seniority in politics during the Tuesday night NBS Barometer show.

In her remarks, Nambooze revealed that she would choose Latiff Ssebaggala who has held the seat for over 20 years and ditch an ‘inexperienced’ Muhammad Ssegirinya.

“The more you stay in parliament, the more you become an asset to the people. We have people like Cecilia Ogwal, if she decides to stand and speak, no one will tell her to sit down. In Britain, MPs are graded by seniority, the one that has stayed longer in parliament is awarded a position of father or mother of the house,” Nambooze said on Tuesday in what appeared to be her endorsement for Latiff Ssebaggala.

We have since learnt that Nambooze’s controversial remarks did not go well with her electorate in Mukono especially members of the NUP party to which she purports to subscribe. Many are demanding that Nambooze withdraws her anti-change statements or they will ditch her in favour of her daughter in law, Namayengo Njuba who is also competing for the Mukono municipality seat. Tired of Nambooze’s endless dissent from the Kampala Lord mayor party position to other positions, the NUP Mukono youths asked her to open up on where she exactly belongs. They observed that since since she joined NUP in August, she has been discrediting the party and its candidates at various levels. “She attended Lukwago’s campaign launch, ditched Fred Nyanzi Ssentamu and now she is trashing Ssegirinya!,” fumes one of the NUP Mukono coordinators. “We can’t take it anymore. She is either with us or she goes where her heart belongs,” he adds.

An infuriated Nambooze has also today fired back in a Mukono NUP WhatsApp group before pressing the ejection button and left. “We don’t have time to argue. For those who claim to be better than us, let’s meet at the polls.It’s not necessary to beg a weak politician to get out of the race for you. Just go and defeat such a person decisively in February next year,” she warns in text. “So we no longer have time for hateful debates, there is no reason whatsoever to be on a platform which mediocres abuse,” reads another bit of her fury fledged text.