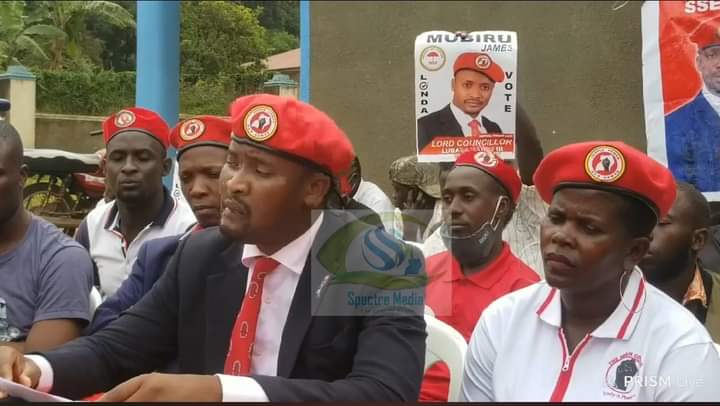 The National Unity Platform party is continuing to harmonize its candidates in the urban Kampala divisions ahead of the mega contest in 2021. One of the headaches for the party has been Mubiru James who had declined to pave space for the duly endorsed Abubaker Kawalya till today when he finally resolved to withdraw and follow the party choice.

In a press conference he held at Balintuma road this Saturday morning, the NUP strongman announced his withdrawal from the race and pledged to rally behind Abubaker Kawalya. Mubiru unleashed the KCCA councillorship as his next shot and pledged to liaise with his team to replace his widely distributed MP posters with the new LCIII councillor campaign materials.

“I bowed out from standing as the Lubaga North MP for the good of our party. I look at the struggle from the bigger picture and removing Museveni should be our priority as strugglists,” Mubiru explained his withdraw before swipes of journalists. “I was of course the best candidate among all but I’ve accepted to bow out,” he added.

Mubiru James is among the first Rubaga youths to identify with the People Power movement since its inception in 2018. The former born again church leader dropped the piano to join the liberation cause. He routinely featured in People Power court cases where he would volunteer to offer legal assistance and at times mobilize sureties for the detained activists. He was the first person to announce his intent to contend for the Rubaga North seat under the People Power ticket. Along the way, he started his door to door campaigns and familiarised himself to the voters. By December 2019, his posters were visible on most of the major streets in Rubaga North. His withdraw leaves the contest to NUP’s Abubaker Kawalya, DP’s Moses Kasibante and NRM’s Betty Kamya.