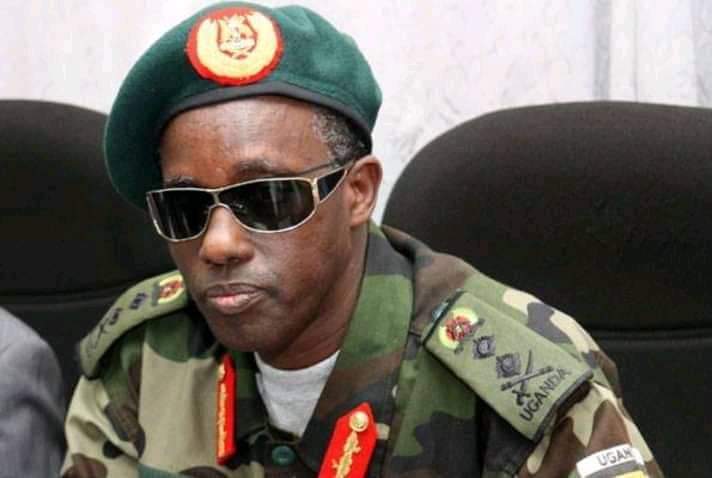 In the past few weeks if not a month already, social media bloggers and influencers have been reporting the abrupt arrest of the Ugandan security Minister and Bush war iconic one-eyed general, Elly Tumwiine. They went on to back the allegations with reports that he had been intercepted off an international flight and detained in Berlin by German authorities as they instituted a probe into the death of Mr. Bery Glaser, their national who died in a Ugandan safe house in Luzira maximum prison. It is alleged that the Germans sensed foul play in the scientific death of their national which is why to-date they still seek answers and accountability for the death of Mr. Glaser, a tycoon who ran a community based organisation in the Islands of Kalangala. Also the German authorities probed the death of Friedrick Rudel Werner who was murdered in Uganda around the month of April.

Tumwiine, who at the start of the covid campaign had been a regular attendant of press conferences where he would base to issue threats to members of the public is seriously nowhere to be seen and it’s approaching 2 months now since he made his final appearance. A couple of two major annual events; heroes day in June and now independence day celebrations where the NRA has made it a norm to award medals have passed with hardly anyone to be awarded. Important to note is the fact that Gen. Tumwiine since their ascension to power in 1986 awarded himself the tender of issuing out medals to people the NRA regime considers outstanding cadres. Gen. Tumwiine’s fancy for art saw him annex the Nommo Gallery in the upscale Nakasero area and yet formerly, this was a government property.

For the very first time, not necessarily due to the covid pandemic, there has not been any medal rewards as routinely has been the case. This is almost approving what started as a rumour that something is not right with the camera obsessed general and it seems right that he is missing. Sources close to the medal awarding committee say the exercise was postponed after Gen. Tumwiine’s aide confirmed that he was not in the country but declined to divulge further details. Despite the fact that fhose who were meant to received awarded had been shortlisted, the committee did not sit due to the absence of Gen. Tumwiine who doubles as its chairperson. It is because of this that even the 24 year old world athletics champion, Joshua Cheptegei who was supposed to be awarded a medal ended up missing out. The medal awarding function will only happen upon the mercy of the German authorities in case release the Ugandan minister, Tumwiine who’s believed to be in their custody.

A cabinet minister’s driver told this site that even at the last meetings, Gen. Tumwiine has not been attending, something that raises more concerns on his whereabouts. Even the Government mouthpiece, Ofwono Opondo has never commented on Tumwiine’s abduction since it went public.