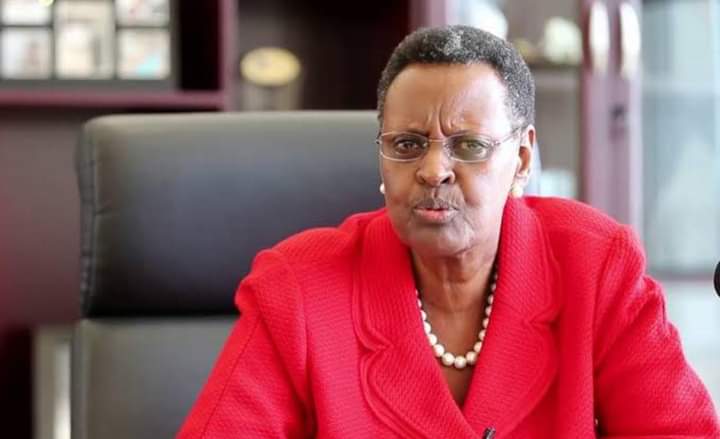 A top Makerere University don has spilled the unknown secrets of the first lady’s troubled academic background after months of persistent criticism and trolls by online cyber bullies asking the 65 year old to adduce proof that she qualifies for the cabinet position she’s occupying.

Makerere’s Prof. Ndebesa Mwambutsya has returned in phase two after giving his take last month when he clarified that Mr. Museveni had indeed pursued an undergraduate degree from the University of East Africa (Dar es Salaam Constituent college). In another episode, the learned professor says whereas Janet Kataaha was admitted on humanitarian grounds to pursue an undergraduate degree in adult education, she did not go through the rightful criteria to fully qualify for the award of the transcript. Some of the almuni that reportedly attended the same classes with Kataaha admit that she was a rare attendant. “I don’t remember seeing Ms. Kataaha in class if my mind still serves me right,” says one alumnus who begs not to be mentioned for security concerns. “What I remember, she had someone who would do coursework for her. Even the only time she tried to attend class, she would turn up with a large security detail which prompted the lecturers to advise a home schooling model for her,” she adds as she scratches her head to vividly recall the school days.

Over the weekend, Makerere Professor, Ndebesa Mwambutsya stated that Ms. Kataaha did not do school practice which is one of the key factors for one to be awarded the degree. He however says that in adult education which the education minister pursued, one may not necessarily do school practice. “The graduates of this course are not meant to be school teachers: they are supposed to be community educators the likes of those who conduct training, carry out civic education and awareness creation in the NGO world or those who teach adult learners outside the traditional formal school education setting. Those of you who are familiar with Makerere University geography that course has historically been conducted in Centre for Continuing learning (CCE),” Prof. Ndebesa expounds in a Facebook statement. The professor adds that Ms. Kataaha had a shortcut to university having failed to produce her UCE and UACE grades. “There was also no UCE or UACW but I think cambridge school certificate or East African Examinations council, not UCE,” he explains.