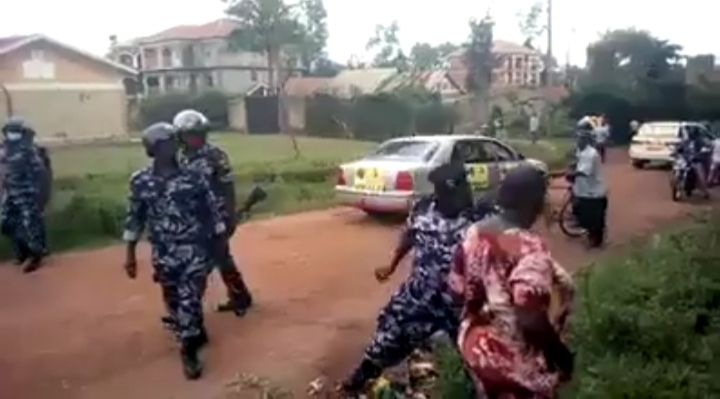 The Assistant Inspector General of Police (AIGP), Asan Kasingye has urged Ugandans to back off the clip making rounds on social media in which a police officer is seen flogging an elderly woman.

Kasingye in a tweet about the incident says the filmed police officer identified as Sam Okiror passed on about 3 weeks ago and this therefore means he cannot be summoned to the police disciplinary tribunal. The deceased Okiror was attached to Mbale police station and headed the Field Force Unit as its commander.

In the video, the deceased Okiror is captured extracting pleasure from the wails of the elderly lady he flogs by the roadside before he leaves with his entourage shamelessly laughing at their acts.

On Twitter, the footage gained traction and invited public fury with tags to the police institution page asking it to identify and apprehend the errant officer. Kasingye pledged to make a follow up in a tweet but moments later returns to announce that the said officer is now deceased. “I have been reliably informed that this officer, AIP Okiror, the OC FFU Mbale died three weeks ago and was buried in Bukedea. This matter can be put to rest though should remain a lesson to all of us in Police Force,” he tweets.