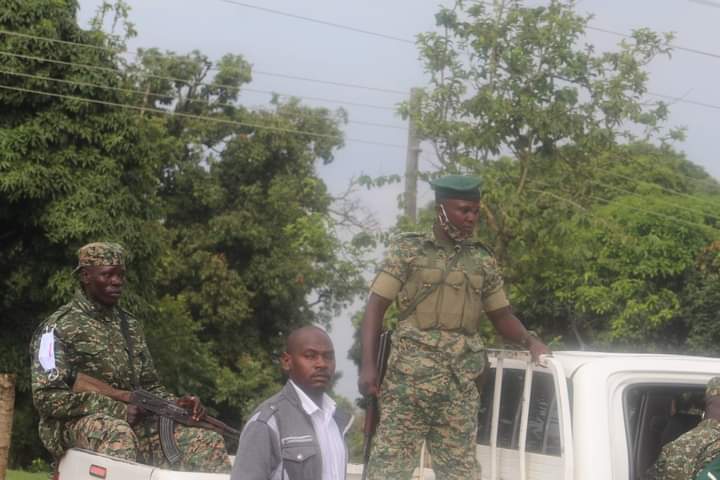 News coming in from Mityana indicates that police, military and UPDF have blocked the incumbent Mityana municipality legislator, Zaake Francis Butebi from fetching his nomination forms from the district headquarters.

According to various reports, the legislator’s vehicle has been blocked from accessing Ssaza grounds where he is supposed to pick his forms. The legislator says he had foiled a plot to have him forcefully abducted by security forces but when he learnt of it, he opted not to spend the night at his residence in Buswabulongo. Police had besieged his residence on Wednesday night to capture him before he could get nominated. MP Zaake knew about the plan and slept outside his residence. Zaake explained the arrest attempts in a post he released last night.

I’ve received credible intelligence that Mityana Police in conspiracy with top-ranking security officials in Wamala Region are currently deploying near my home on “orders from above”. I am told they intend to raid us in the night, arrest and block me from nominating again for the Mityana Municipality MP position tomorrow claiming that I am in possession of military attires.

Although several concerned parties have advised me to leave my home and spend the night somewhere else in a ‘safe’ place, I will spend today night at my home because I am tired of living in fear! If a citizen cannot be safe at their own home, then they can’t be safe anywhere else!