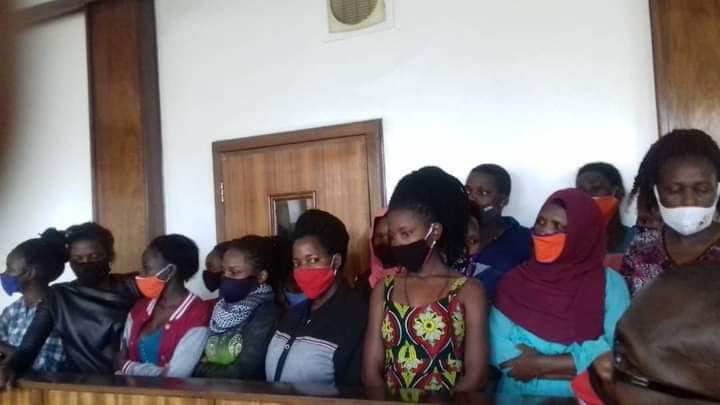 A team of human rights groups have condemned the Wednesday raid on the Kamwokya based National Unity Platform party headquarters that left several including juveniles arrested on trumped charges. The activists want the regime to unconditionally drop all the charges and apologise to the public for using unnecessary force in broad daylight. About 44 men and women were on Friday tried and remanded by the city hall Grade one magistrate, Valerian Tuhimbide who declined to hear their plea for bail.

OPINION: NUP will end NRM reign once and for all in 2021

The activists say this raid was not only an abuse of the democracy under which Uganda is supposed to operate but also an aggravated violation of people’s rights to expression and political association. “What happened to Kamwokya must be condemned by all right thinking people in society. This was a direct attack on democracy, an attack on Ugandans and the constitution at large,” remarks Musiri David, a NUP supporter and human rights activist. “We demand for the unconstitutional release of all our comrades. The court should not tolerate to be reduced to a political battleground. Museveni is abusing and misusing the temple of justice to play his political ping pong games,” he adds.

Several rights groups including international organizations have condemned the raid defining it as a big blow to Uganda’s pseudo democracy. Some are urging Museveni’s western allies like the EU to freeze all their funding to the autocratic government of Uganda.

Cries of the detained

One of the detained suspects, a juvenile aged 17 was denied court trial. The boy cried before cameras and asked the army to shoot him dead instead of committing him back to prison without the consent of his family members. On camera, he said he had been arrested for just donning in a red jumper alongside his friends who were equally in the same attire. This leaves us wondering if the red color has also been designated as a military attire.

The tailors and marked vendors who were arrested on that fateful day were also remanded. Among them included pregnant women and lactating mothers who have now been split with their little ones. Alice Nakyeyune, a relative to one of the detained suspects says she has for the past three days struggled to feed her sister’s three months old baby on powder milk. “What should I do for my niece? It’s now three days since her mother was arrested,” Alice explains as tears roll down her cheeks. “I have to fend for this child till when Lord knows when. Her mother has been the sole bread winner. I’ll now have to as well look for survival to meet our rent dues,” she adds.