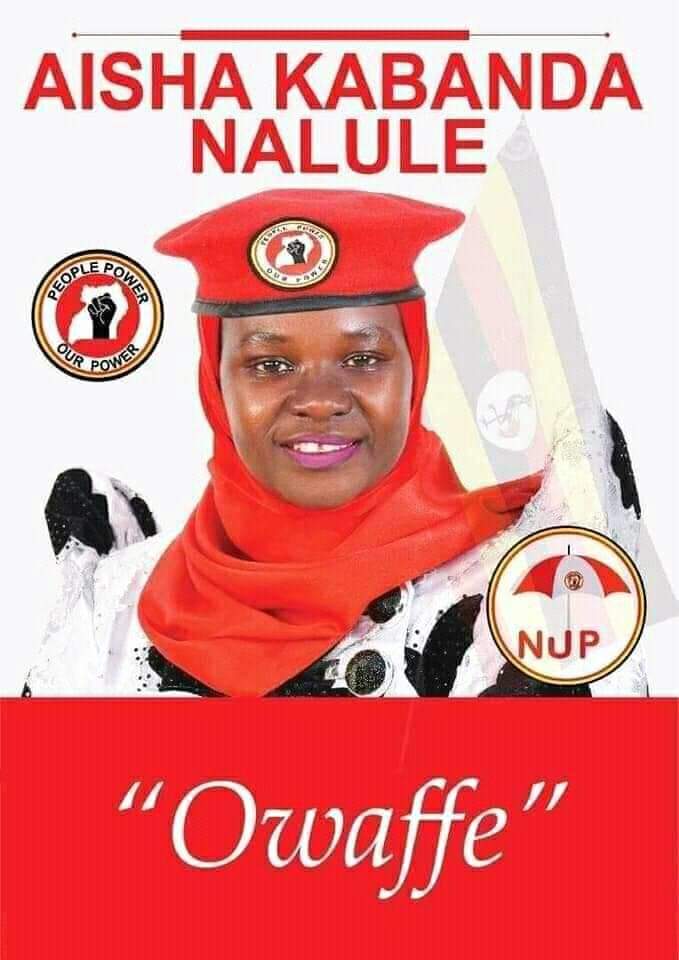 The National Unity Platform party secretary general Aisha Kabanda has been arrested according to emerging reports. This is the second time her Aisha is being threatened by state operatives who want her to denounce the NUP.

Details of her arrest are still scanty but sources indicate that she has been whisked away from her residence by plain clothed security forces believed to be members of the ISO and police CID department.

We’ve tried reaching her known contacts but they are apparently off. Even her relatives have confirmed that she is missing. “We are in fear, we don’t know what will happen to her,” a relative who spoke to this site says. “We cannot ascertain her whereabouts at the moment,” she adds.

Aisha Kabanda, formerly an RCC of Kampala defected from the ruling NRM party to Kyagulanyi Ssentamu’s National Unity Platform party where she was even assigned mobilization duties. She is currently vying for the Butambala woman MP under the NUP ticket.

We will divulge further details regarding her details in case of official developments.