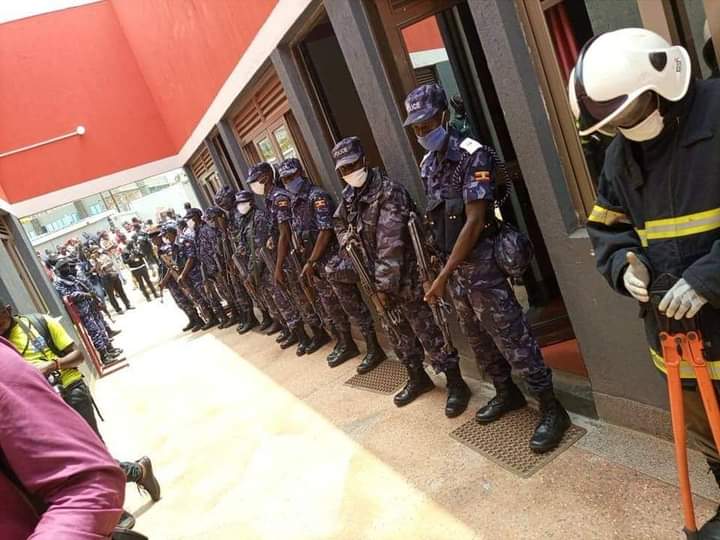 The National Unity Platform party has formally lodged in a request to the Byabakama Electoral Commission seeking their guidance after police fled off with over 7 million signatures that had been earlier collected for their candidate, Kyagulanyi Ssentamu Robert.

The NUP Secretary general and lawyer, David Lewis Rubongoya on Friday wrote a letter or the EC asking for an extra extension of the deadline from the scheduled Saturday (today), October 17.

In his letter, Lewis detailed part of the collateral damage and sabotage by the Wednesday police led raid that saw them lose the already collected signatures. Lewis also explains that raid froze and frustrated the party’s strategic plans for some of its candidates that even failed to raise the required nomination fees as nominations closed yesterday.

“The security forces took away the forms bearing millions of signatures for the nomination of our presidential candidate, Hon. Kyagulanyi Ssentamu Robert,” Lewis says in a letter to the EC.

He also adds that the party has been stagnated by the raid that saw them lose several other important documents and hard cash about UGX 23 million that had been mobilized to top up for the NUP MP candidates who had nomination fee issues.

Lewis in his letter also urges the EC to act within its constitutional powers and ask the forces to stop harassing opposition parties. “…call the armed forces to order especially at this time when we are preparing for the general elections,” Lewis prays in the letter.

The EC chairperson Byabakama in a media address acknowledged receiving the NUP secretary general’s letter and said he was still studying it and will respond accordingly. Asked on what he makes of the raid, Mr. Byabakama declined to comment and said he is is still awaiting the security report. But he says he is re look into the matters raised and ‘forge a way forward for NUP’