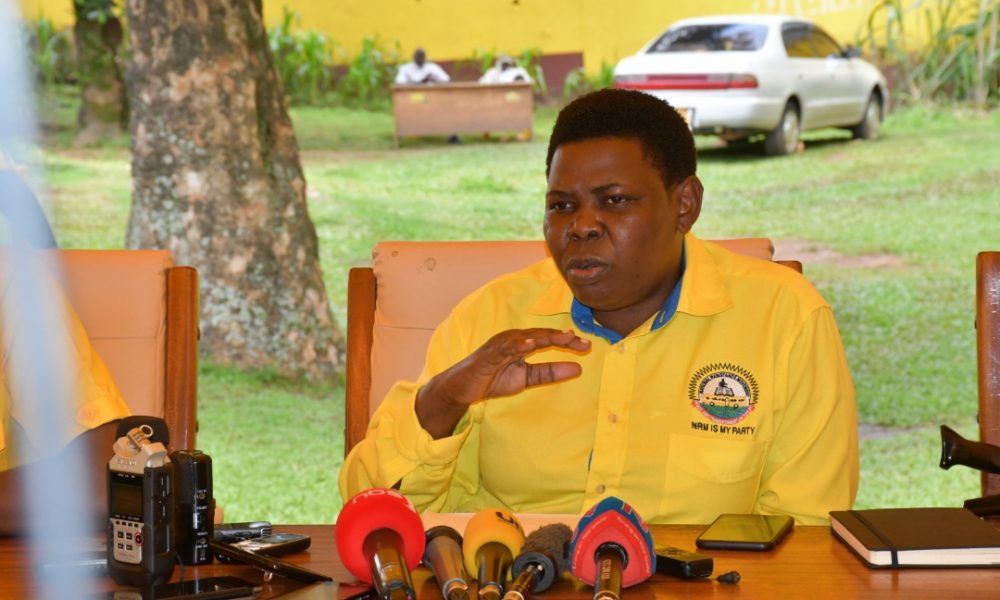 The treasurer general of the NRM, Ms. Rose Mary Namayanja has sent out a tough warning to supporters of the National Unity Platform party whom she accuses of promoting violence in Nakaseke and yet this has initially been an ‘NRM stronghold’. She also urged them to refrain from rallying behind Kyagulanyi Ssentamu alias Bobi Wine whom she says will cause them trouble in case Museveni stays beyond 2021. According to Namayanja, Museveni will be annoyed and stop facilitating Nakaseke people with services if they rally behind Bobi Wine or NUP.

An infuriated Namayanja who was encamped in Nakaseke on Friday during the nominations for Members of parliament warned NUP supporters and asked them to cease fire or else as the state, they will be compelled to act repulsive. Addressing a gathering just after the nomination of Nsereko Charles Kawuma, the Nakaseke South flag bearer for NRM, Namayanja warned the local community that if they support Kyagulanyi for presidency, they would risk losing all government programmes like free seeds of Operation wealth creation.

“I have heard that NUP is going around threatening violence. You should not be intimidated by Bobi Wine supporters. We are in receipt of reported of threats being directed to some of our supporters but NRM is ready to protect everyone during and after elections,” Namayanja said. “The NRM government shall not tolerate such threats and whoever is planning such threats should revisit their decision and stay warned,” she added.

Namayanja is one of the founding members of the Uganda Young Democrats, a pressure group linked to the Democratic Party. Before crossing over to the ruling NRM after being enticed by Mr. Museveni who pledged a better job and juicier pay, Namayanja was a sober critical thinker and an influencer at Makerere University. She has since faded and lost all the objective conscience she once possessed as a youth.