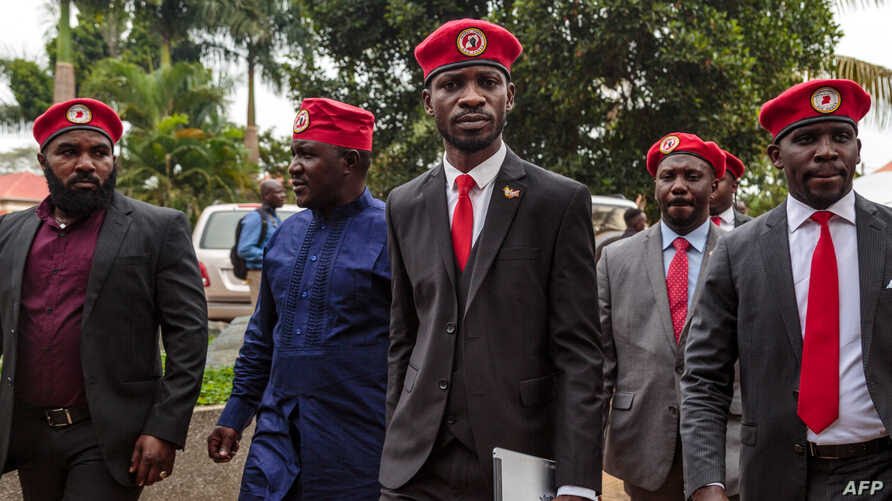 In wake of the Wednesday raid on NUP offices, renowned human rights lawyer Nicholas Opiyo of the prominent Chapter Four Uganda law firm, has rallied Kyagulanyi supporters to desist from decking in the red headgear till the matter is resolved in the courts of law.

Speaking from a legal perspective, the law don says this is a critical moment where the state repression is predictable. Opiyo argues that if NUP supporters defy the directive, they will then justify and give the army a reason to pounce on them. “Stay away from red berets because it’s illegal until court candles the army gazette,” Counsel Opiyo cried out to NUP supporters. “Don’t give the military a reason to clamp down on you,” he adds.

The red berets were in 2019 outlawed from usage by members of the public. Government through the state Minister for defence and veteran affairs, Adolf Mwesigye went on to designate the attire as a military monopoly and vowed to crash any individual found donning in or possessing the blacklisted attire.

Important to recall is the fact that the goverment directive came just after the Kyadondo East legislator, Kyagulanyi Ssentamu Robert had rallied his then People Power movement supporters to embrace the red week in which they were to commemorate their fallen comrades deliberately killed by the regime. Days later, security Minister, Gen. Elly Tumwiine and the sacked ISO boss Col. Kaka Bagyenda compiled a concocted report linking People Power to a fictional ‘red movement’ that had allegedly swept through Africa. The red beret attire is the official attire of South Africa’s political activist and pan Africanist Julius Malema and his Economic Freedom Fighters party. Kyagulanyi and Malema are comrades with a mutual interest of triggering change in their communities.