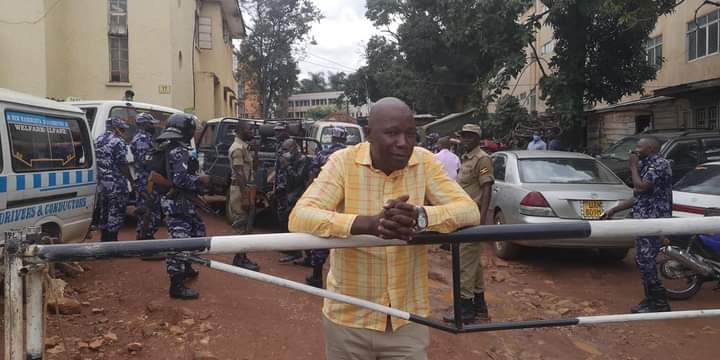 Uganda police have spent the biggest fraction of their Tuesday morning battling pro-Buganda activists who had prepared to march to Bulange in protest of the demeaning raid on the Buffalo clan meeting on Saturday.

A group from Kawempe led by the incumbent Kampala woman MP Nabillah Naggayi Ssempala who is currently vying for Lord Mayor seat under the National Unity Platform party were arrested along Sir Apollo Kaggwa road in Kawempe division. Kawempe North MP hopeful Muhammad Ssegirinya also featured in the peaceful march and asked the authorities to apprehend all the members who were involved in the tragic incident. Moments before her arrest, Nabillah expressed her discontent with what featured over the weekend and called on several Buganda subjects to protest this attack on the kingdom. “We are here to decry the unending degradation of our culture. If they can tell clan elders to shut up, if they can silence religious leaders. What does that imply?,” Nabillah asked during the press briefing. “We want to deliver our petition to Bulange tasking the authorities to speak out against what we witnessed on Saturday. We had ceased the street struggle but I think now is the time to revive it,” she added.

As she addressed the press, police was tipped and it swung into action cracking down on several youths who had marched with MP Nabillah. In the course of evading the arrest as she resisted being bundled on the patrol, police was forced to fire teargas and live bullets to disperse a swelling crowd that was challenging Nabillah’s arrest. Several other youth groups across all major divisions of Kampala city are marching in condemnation of what police did to the elders of the Buganda Buffalo clan.