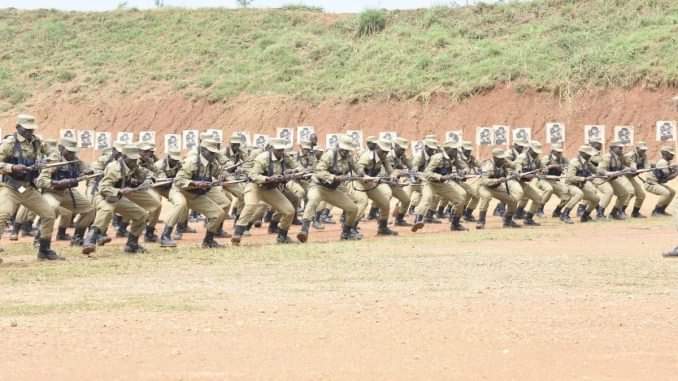 The Uganda Police Force on Monday announced that they are recruiting about 50,000 Special constables who will reinforce the existing forces during the 2021 general elections. This follows anticipations that the election is likely to be marred by pockets of violence following the NRM party primaries that left over 15 people killed.

The police spokesperson Fred Enanga on Monday told swipes of journalists during the press conference at the Uganda Media Centre that they will recruit Special Police Constables who will for a month be trained and equipped with violence suppression skills. He explains that they will only work during elections and get disbanded soon as the exercise ends.

Enanga further adds that, the recruitment exercise will be headed by Resident district commissioner’s together with Regional police Commander’s, DPC’s and those interested in applying must be Ugandan citizens without bad or criminal records. Our sources intimate that the targeted groups of interest are youths with links to the NRM Kyankwanzi ideology. RDCs have been instructed to look out for youths who have passed through the Kyankwanzi militia training. According to credible sources, they are to present their Kyankwanzi certificates in order to be absorbed into the police force.

Enanga adds that, the SPCs will work at all polling stations in every district and each will receive a salary of 375,200 shillings. When deployed, the 50,000 SPCs will team up with the exisiting armed forces like the LDU which have been actively involved in the suppression of opposition gatherings and tormenting of Ugandan citizens.